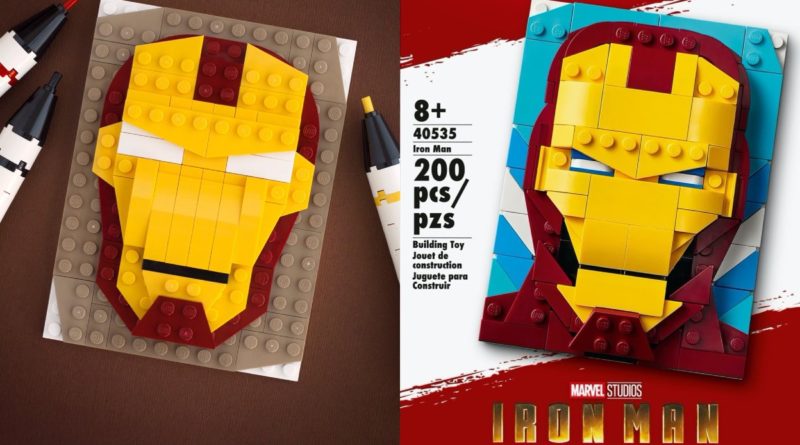 The LEGO designer for the two upcoming Marvel Brick Sketches has recently revisited an old design to see how it translated into an official model.

All of the LEGO Brick Sketches sets have been designed by Chris McVeigh, who previously made these small portrait builds unofficially, showcasing them on social media. Now, his designs are sold as official sets, including 40535 Iron Man, which releases on April 1, 2022.

The armoured Avenger has been the subject of an unofficial Brick Sketch before, as highlighted in a new tweet by the LEGO designer. In August 2013, Chris created the brick-built Iron Man portrait pictured on the left. This will be followed next month by 40535 Iron Man, on the right in the post.

Seeing these two designs next to each other help demonstrate what parts of the design made it to the official model, and what changes were made. The use of placing bricks on their side in the eye slots is one example, and we can see that the angled piece on the chin remains from the initial sketch.

As the LEGO designer notes, the design has been upgraded since 2013 and 40535 Iron Man is one of two upcoming LEGO Marvel Brick Sketches launching on April 1, with the other being 40536 Miles Morales.