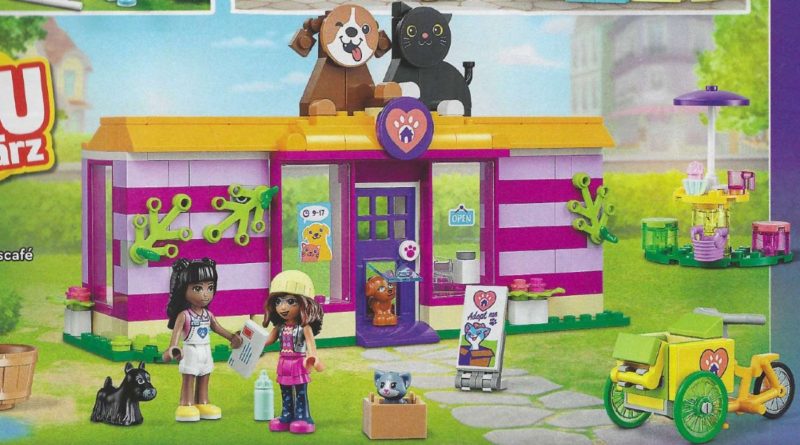 Caring for pets is a popular pastime in LEGO Friends’ Heartlake City with a catalogue revealing more sets in a subtheme dedicated to furry friends.

StoneWars has revealed images from a German consumer catalogue with five new sets that were not revealed alongside the initial 2022 wave earlier this month. Due to the catalogue being published in german, the provided set names are translated and not final.

Some of these are part of the pets range such as the 4+ 41694 Animal Ambulance with two mini-dolls, a dog and a white vehicle for €9.99, which should pair well with the upcoming 41695 Pet Clinic. On the same page is 41699 Animal Adoption Café, featuring a modified bicycle, outdoor table and a colourful building with a brick-built cat and dog on the roof. The latter model costs €29.99.

Another page reveals 41718 Animal Daycare for €64.99, which includes two slides and various obstacles outside for the pets to interact with. A new breed of dog is featured in this set for a Scottish Terrier. 41698 Animal Playground depicts a climbing frame with a small side, a small tree, a see-saw and an entrance with a bone-shaped sign.

The biggest of the revealed Friends sets in the catalogue is 41709 Cottage on the Beach for €69.99. The cottage features two floors with a pier, beach, TV and a balcony complete with drinks. Four mini-dolls are included as well as two scooters, a jet ski and a banana boat.

All five of these LEGO Friends models are due to launch in March in Germany. No release dates for the UK and US have been announced yet, though it is likely to be around the same time. 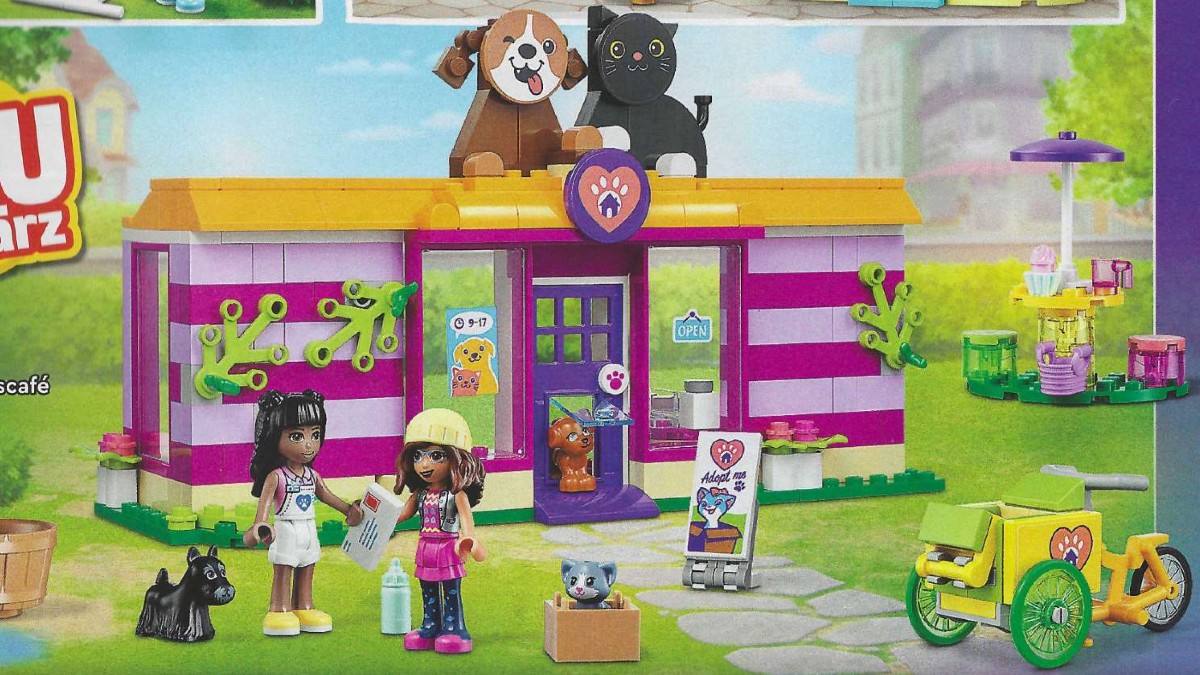