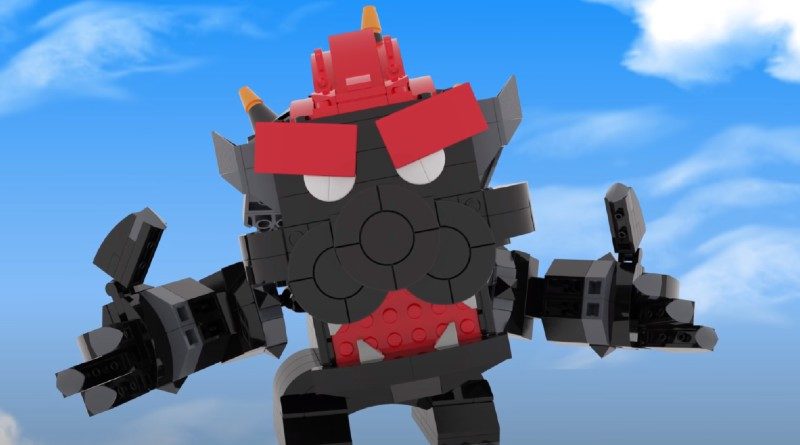 LEGO Super Mario fans might be looking forward to the latest Mario release this week, and to celebrate one fan has remade a key element of the game as a custom expansion.

Bennie Bricks took to YouTube this week to show off their latest LEGO Super Mario Model. The creator has earned a following online for his custom expansion sets, with the most recent MOC preparing for the incoming release of Bowser’s Fury.

The build is made up of 695 pieces, about half of which go towards the massive Fury Bowser model. For the unaware, this enemy is a monstrous transformation that Bowser has undergone in the DLC, with Mario working with Bowser Jr to free him.

This version of Bowser is the namesake of the new addition to Super Mario 3D World, which releases on Friday for the Nintendo Switch. The design appears to be an upscaled Bowser from 71369 Bowser’s Castle Boss Battle Expansion Set.

The rest of the model is dedicated to the new area of the map, with sandy beaches and rolling hills full of cats. In the build, Bennie Bricks chose to replicate this with sand-covered islands in the water and a couple of hills that Bowser Jr floats atop of, wielding his paintbrush and riding his clown car.

Speaking about functionality, the YouTuber proposes that Fury Bowser could have four action bricks, each of which would need to be scanned to take him down.

As impressive as the build is, LEGO fans should remember that this is only a fan-made model and not a real set, no matter how convincing it might be. For now, we will have to make do with the brand-new range of LEGO Super Mario 2021 sets, including a fresh biome for the theme.