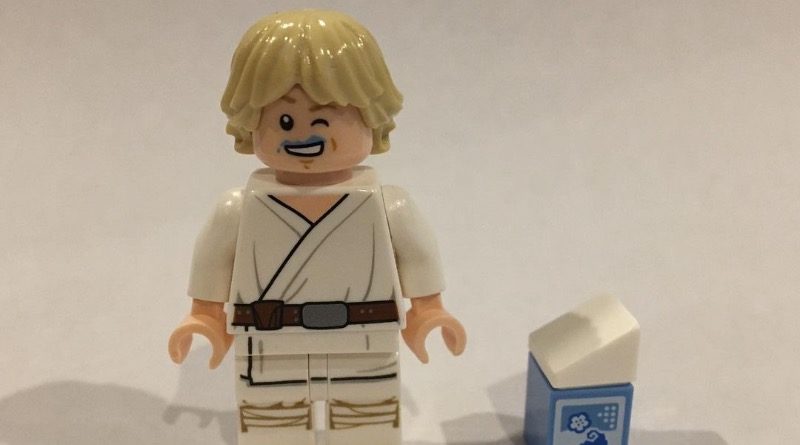 LEGO Star Wars: The Skywalker Saga’s bonus minifigure is already out in the wild, giving us a closer look at the character included with the deluxe edition of the game.

We don’t even have a firm release date for Warner Bros.’ next LEGO video game yet, but Instagram user wildaboutlego has apparently managed to source its Blue Milk Luke Skywalker minifigure from an online reseller (suggesting the game is likely still on track to meet its spring 2021 launch window).

The same user has now published comprehensive images of the new minifigure, revealing that it has a brand new double-sided head. We’ve already seen one of those face prints in the promo’s official packaging, but this is the first time we’re seeing the character’s slightly bemused alternate expression.

The photos also give us a closer look at the minifigure’s blue milk carton, which swaps out the cow traditionally seen on LEGO milk cartons for a Bantha. (Because Star Wars. Geddit?) While the legs, torso and hair don’t bring anything new to the table, that piece and the new head should be enough of a reason for collectors to swing for LEGO Star Wars: The Skywalker Saga’s deluxe edition.

You can find out where to pre-order that version of the game – along with everything else we know about TT Games’ long-awaited title – by heading here.