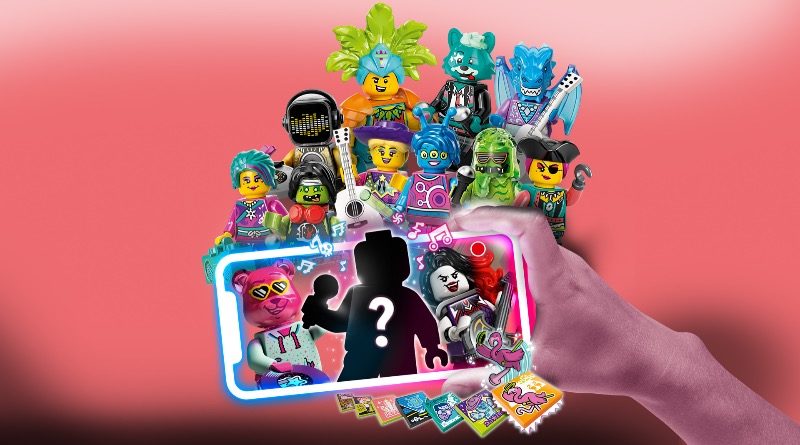 The second series of LEGO VIDIYO’s blind-boxed Bandmates introduces 12 new colourful characters to the augmented-reality theme, including a Zombie Dancer and a Dragon Guitarist.

While the newly-revealed BeatBoxes and stage sets will all launch on June 1, 43108 Bandmates won’t arrive on shelves until October 1. That gives both our bank accounts and the first series – which only debuted last month – a little more breathing room. And it’s gratefully received, because some of the minifigures in this series look miles ahead of the first batch.

The premise is pretty much the same – vibrant, colourful characters that mash up musical tropes in creative genre combos, from horror and sci-fi to animals and western – but the execution looks like a significant improvement over 43101 Bandmates, even if not in the accessories (which are still mostly basic recolours of existing elements).

Immediate stand-outs are the Vampire Bassist’s two-toned hairpiece, the Slime Singer’s Flubber-like head and the Dragon Guitarist’s cool blue cranium, all of which will likely make these very desirable minifigures. Unfortunately, the blind-boxed nature of the VIDIYO Bandmates means you’ll be buying completely at random, so there’s no way to pick out just the best of the bunch.

Here’s the full line-up of characters included in 43108 Bandmates:

Head here to check out the rest of the newly-announced LEGO VIDIYO sets, which will launch at LEGO.com on June 1, a whole four months ahead of 43108 Bandmates.