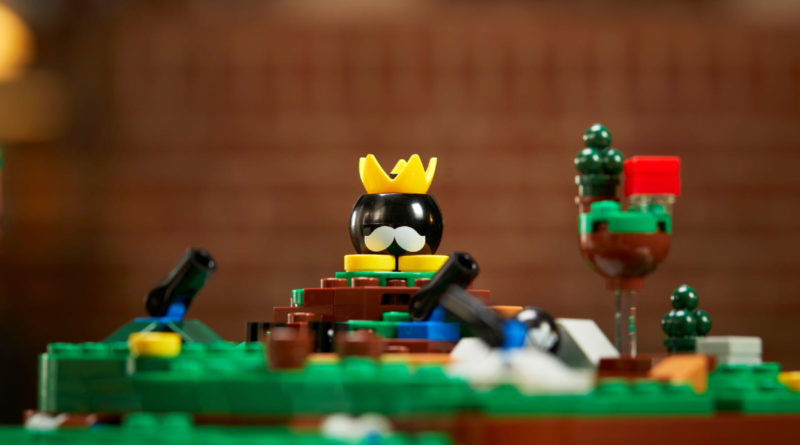 The new LEGO 71395 Super Mario 64 Question Mark Block transforms four beloved levels into bricks, but how do they compare with the game?

Super Mario 64 took players on an adventure across all four corners of the Mushroom Kingdom, from familiar fields to slippery snow-topped peaks. The upcoming 71395 Super Mario 64 Question Mark Block includes a few fan-favourites.

However, these microscale replicas might only be able to capture so much detail of the iconic locations, so just how authentically have the LEGO designers recreated the levels of Super Mario 64?

As the first location that any player would see, Princess Peach’s Castle has become one of the most iconic locations across gaming, with elements of the design in Super Mario 64 inspiring future versions across many games.

The LEGO version still features the most crucial parts of the level, from the curved path leading from the warp pipe to the castle to the sky-painted lobby where the paintings to other worlds could be found. Even the 2D trees have never looked so good.

Whilst the game introduces you to the mechanics in Princess Peach’s Castle, the first true test of skill comes when clearing Bob-omb Battlefield. Ruled by the King Bob-omb at the top of the mountain, Mario must dodge the Chain Chomp, use the cannons and scale to the peak to clear the level, as well as find a way to the floating island.

When comparing the build to the game, it’s clear to tell that this location was a firm favourite amongst the designers, with only a few minor details missing from the final model. Otherwise, this creation looks to be as challenging to finish as the level itself.

Cool Cool Mountain is another favourite amongst fans of Super Mario 64 with plenty of slippery slopes to scale and slide down as well as some friendly penguins to interact with, hopefully, the Chick can stay on the mountain this time.

The above image shows the mountain’s interior, which includes a system of slides to help travel around the level. Using tiles and hinged bricks, the LEGO designers have managed to capture the complex creation inside such a small space.

Originally called Lethal Lava Land in Super Mario 64, this renamed level saw Mario having to face a series of challenging obstacles while floating above a sea of lava.

The most recognisable areas have been represented including Mr. I, Bowser’s tile puzzle, and the diamond-patterned flooring. Of course, the final battle with Big Bully is featured too.