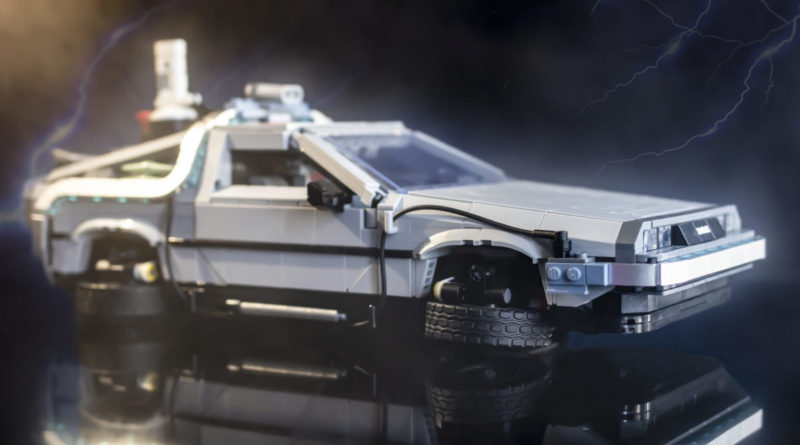 Here’s a complete list of every LEGO set affected by the new price increases in the US, which have now taken effect at LEGO.com and in LEGO Stores.

Apparently as a result of ‘increased raw material and operating costs’, the LEGO Group is increasing prices across approximately a quarter of its portfolio worldwide, with some sets going up by as much as 25%. The new prices won’t be implemented in the UK, Europe and the Middle East until September 1, but they’re already live in the Americas and the Asia-Pacific region.

The LEGO Group is obviously not shouting about which sets have gone up in price, but we’ve combed through the entire list of products at LEGO.com to come up with a definitive list of increases in the US. You’ll find a theme-by-theme breakdown of those price rises below, including which sets are affected, their old and new prices, and the difference in both percentage and real dollar terms.

While we don’t yet know whether exactly the same sets will face price rises in the UK and Europe in September, you’re probably best grabbing anything you’re after from this list before then, just in case.

Just one LEGO Architecture set has gone up in price as of August 1, but it’s one of the oldest still available at LEGO.com in 21042 Statue of Liberty. It’s not as dramatic an increase as we’ve seen across other themes, but 20% still stings.

Bruce Wayne might be able to weather any LEGO price increases, but the rest of us aren’t so fortunate. That makes the huge increase to last year’s 76240 Batmobile Tumbler even more difficult to bear, and could put it beyond the reach of at least a few Bat-fans.

Just as train ticket prices rise all too regularly in real life, so too have the prices of the trains themselves risen in LEGO CITY. Both of this year’s brand new locomotives have experienced a $10 bump, along with a couple of space-themed sets and one already-quite-expensive Stuntz model.

Two sets inspired by retro themes – which have found a new home in Creator 3-in-1 – have fallen victim to price increases, including the seemingly everlasting 31109 Pirate Ship. (It isn’t due to retire until the end of 2024.)

Few themes have escaped the sweeping hand of LEGO price increases in 2022, and DOTS is no different: just three sets have gone up, each by only $5 apiece, but it quickly adds up if you’re collecting them all.

There have been minimal price increases across DUPLO, which is good news for anyone in the market for gifts for younger family members. A 20% hike on 10963 Spider-Man & Friends Funfair Adventure is tough, though.

This year marks the 10th anniversary of LEGO Friends, and the LEGO Group is celebrating by… adding $10 each on to three of its brand-new-for-2022 sets. That includes 41704 Main Street Building, which is still the mini-doll theme’s biggest model to date at 1,682 pieces.

You’re going to need more than a few extra Galleons to ride out the worst of the price increases in the Wizarding World theme, as every one of its three direct-to-consumer sets has had a considerable uplift. 71043 Hogwarts Castle is actually the worst offender in this entire list, if not by percentage, then by dollar total, with a $70 bump to its original price.

A huge number of LEGO ICONS sets have gone up in price, presumably as the LEGO Group thinks the adult market is best positioned to bear the brunt of its increases. The most egregious rises are the 20% uplifts on 10270 Bookshop, 10273 Haunted House, 10274 Ghostbusters ECTO-1 and 10292 The Friends Apartments, but that $50 bump to 10294 Titanic is pretty severe too.

It’s a difficult time to be a LEGO Ideas collector – or at least, a LEGO Ideas collector with a backlog of sets to buy, because a total of eight sets have just spiked in price at LEGO.com. 21318 Tree House and 21327 Typewriter are the most badly affected, with price rises of a blistering 25% each, while 21330 Home Alone and 21323 Grand Piano have both gone up by $50.

Three of this summer’s LEGO Jurassic World sets have gone up in price as of August 1. Thankfully, that doesn’t include what’s probably the best of the bunch in 76956 T. rex Breakout – but if you want a moulded T. rex, prepare to pay 25% more for it…

A smattering of smaller increases to LEGO Marvel sets are dwarfed by a huge $50 uplift on last year’s 76178 Daily Bugle. Considering it’s been pretty hard to come by at LEGO.com, it’s no surprise the LEGO Group is taking advantage of what’s clearly a popular set.

The large 25% figure in the last column here belies what’s really a minor change for these three Minecraft sets, which have each gone up from $19.99 to $24.99. It’s a little easier to swallow than some of the increases on this list, for sure…

Monkie Kid is already among the LEGO Group’s most expensive themes to collect, marrying high price points with limited availability (and, therefore, limited discounts) – and four of its sets, including its two biggest, have just increased a little further in price.

As expected, 71741 NINJAGO City Gardens has rocketed in price by $50, representing a 16% increase on its original retail price. It’s the worst offender in a surprisingly long list of NINJAGO sets, which spans models from the winter 2021 wave right through to summer 2022.

Just one LEGO Speed Champions set has increased in price for August, and it’s this year’s Aston Martin two-pack. The single car sets are safe and steady at $19.99 apiece, and it looks like they’re going to stay that way in the US – even while the two newest sets, 76911 007 Aston Martin DB5 and 76912 Fast & Furious 1970 Dodge Charger R/T, are already more expensive than their predecessors in the UK and Europe.

It’s-a me, more-expensive Mario! While all of the interactive theme’s buildable course sets have deftly avoided price increases, its first two direct-to-consumer sets aren’t so lucky: both have jumped in price by 17%, with 71374 Nintendo Entertainment System experiencing the most severe dollar increase.

42143 Ferrari Daytona SP3 only launched in June, but count yourself lucky if you got in the door early: it’s already become even more of a luxury item with a $50 price increase. 42115 Lamborghini Sián FKP 37 and 42131 App-Controlled Cat D11 Bulldozer are also among the most badly-affected Technic sets, while others have received smaller (but still painful) rises.