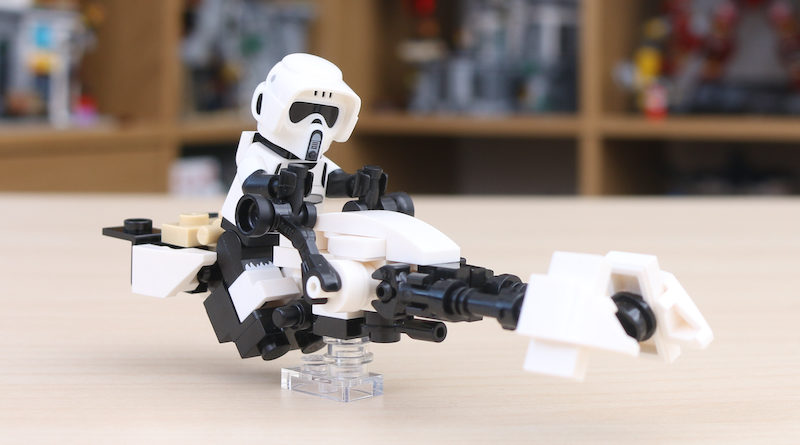 From their first appearance back on the forest moon of Endor through to their sporadic use during The Clone Wars and their recolour and notable appearance during the climax of the first season of The Mandalorian, the 74-Z Speeder Bike has always had a particular draw within Star Wars, for its unique and complex shaping, compact size and the speed with which it can cover vast distances.

Such is its popularity within the Star Wars universe and its potential for play, the Speeder Bike has also been translated into official LEGO form on more than one occasion, across a number of standalone sets and inclusions as satellite vehicles in larger sets. And, such is its particular design, its design has made for a challenge of balance between accuracy and scale. Increase the size to seat the rider better and capture more of the directional changes of the bodywork, but lose the compact nature of the entire vehicle. Pull the size down to minifigure scale and miss out on the finer details.

It’s a test of design that continues to draw many fan designers in too, and, is the basis of inspiration for Brick Fanatics’ exclusive and humble attempt here. Have a look at our process in the below video – how does it compare to your favourite official or fan version out there?

This one was built to reflect its particular appearance in The Mandalorian, as a complementary build to the recently released 75292 Mandalorian Bounty Hunter Transport (previously 75292 The Razor Crest).

Update – we are distributing the parts list to this build via our newsletter and giving away a copy of the model. Find out more and sign up here.

Support the work that Brick Fanatics does by purchasing your LEGO at LEGO.com via one of our affiliate links. And don’t miss out on the excellent 75292 Mandalorian Bounty Hunter Transport, one of our currently selected Top 20 LEGO Sets. 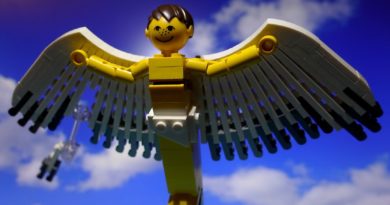 Brick Pic of the Day
January 25, 2021 Jack Yates No comments

Image: HoodedOne Such a majestic flight, what could possibly go wrong? Are you a great LEGO photographer? Have . . .

END_OF_DOCUMENT_TOKEN_TO_BE_REPLACED 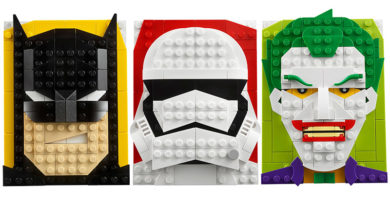 The four currently available LEGO Brick Sketches have received a price adjustment on the official online . . .

END_OF_DOCUMENT_TOKEN_TO_BE_REPLACED 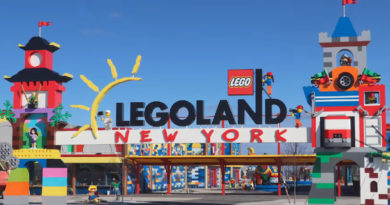 The newest LEGOLAND resort has finished construction on the iconic entrance archway as the New York . . .

END_OF_DOCUMENT_TOKEN_TO_BE_REPLACED 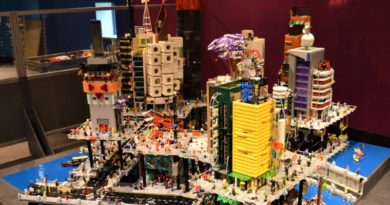 A pair of LEGO fans have embraced a dystopian future by creating a huge cyberpunk city . . .

END_OF_DOCUMENT_TOKEN_TO_BE_REPLACED 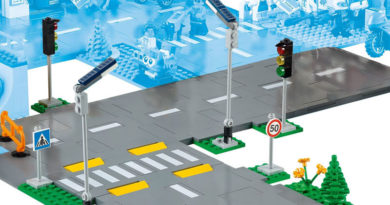 A YouTuber is exploring the ways to connect the new LEGO road plate system into cities . . .

END_OF_DOCUMENT_TOKEN_TO_BE_REPLACED 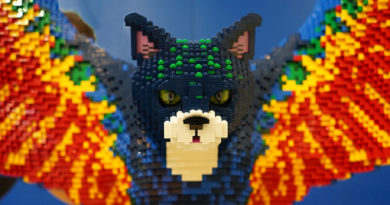 LEGO MYTHICA is looking to be home to many a mystical creature, big and small, as . . .

END_OF_DOCUMENT_TOKEN_TO_BE_REPLACED 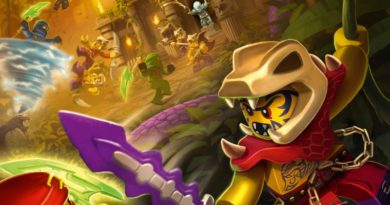 LEGO NINJAGO is now ten years old, so what better time to look back and explore the years . . .

END_OF_DOCUMENT_TOKEN_TO_BE_REPLACED 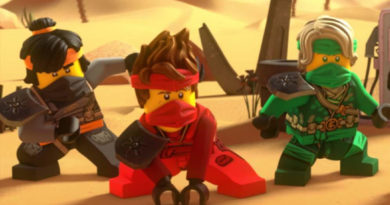 LEGO NINJAGO fans can now get a glimpse at the next chapter of the story as . . .