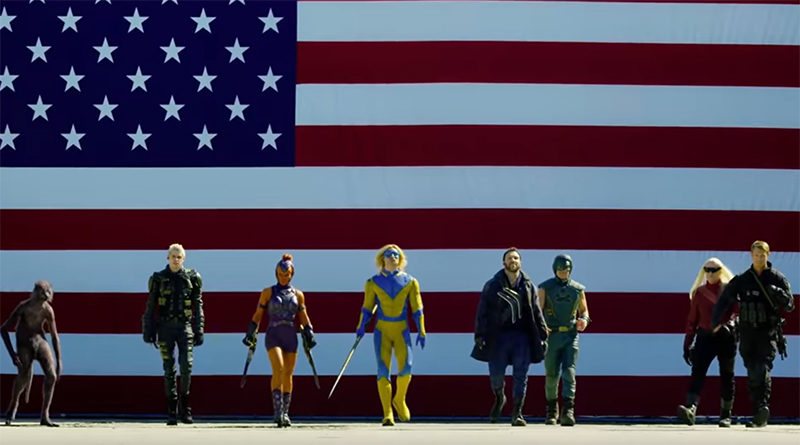 With so many films due over the next few years, LEGO DC collectors can imagine what might tie into The Suicide Squad, Black Adam, The Flash and more thanks to new teases from DC FanDome.

During the DC FanDome event, trailers have dropped for The Batman, Wonder Woman 84 and Justice League: The Snyder Cut. There are many more films on the horizon though, and while they might not have full trailers ready to show, there is something to tease from each.

Due for release on August 6, 2021, The Suicide Squad will see Amanda Waller’s team of miscreants sent into a warzone to do what only they can. Two teases have been released – one is a cast roll call, the other is a hype reel featuring behind-the-scenes shots.

Despite the muted reaction to Suicide Squad, it seems that this sequel is going bigger than before. “This is by far the biggest movie I’ve ever made,” says director James Gunn.

It’s not likely that there will be many LEGO sets based on the film thanks to that ‘suicide’ world in the title, but there’s the possibility that characters in the movie will feature in generic DC sets to coincide.

Following up his appearance in Justice League, Ezra Miller will return as the speedy super hero in a solo film that will loosely adapt the Flashpoint storyline from the comic books – and should therefore justify the many different iterations of characters that DC has on the way over the next few years. With both Michael Keaton and Ben Affleck reprising the Batman role for the film, there’s the opportunity for a lot of multiverse fun. It is due for release June 2022.

SHAZAM! Fury of the Gods

A sequel to the comedic action movie starring Zachary Levi, SHAZAM! Fury of the Gods revealed its title with a look at new poster art. It will release on November 4, 2022.

Arriving in cinemas December 2022, Black Adam will see Dwayne Johnson bringing his star power to one of the DC characters who has so far missed out on the big screen. Given the fantastical setting, there’s plenty of opportunity for intriguing LEGO sets.

This teaser features concept art and a Dwayne Johnson voice over to introduce the world.

Also due for release in December 2022 is a follow-up to Aquaman. James Wan didn’t have anything to show yet, but teased that the sequel will be darker than the original.