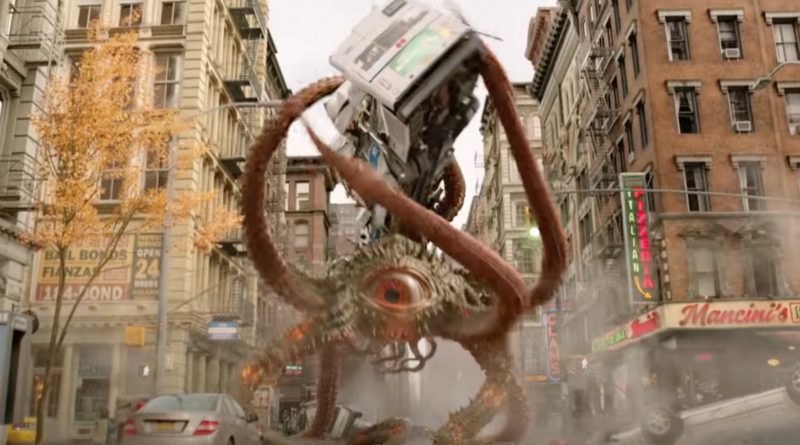 Doctor Strange in the Multiverse of Madness debuts in cinemas around the world today, finally giving us the proper context for its one LEGO set so far, 76205 Gargantos Showdown.

That Marvel product originally arrived on shelves on January 1, a full four months (and four days) ahead of its source material’s premiere. The first Doctor Strange sequel was originally slated to arrive in cinemas in March, however, which likely explains the long gap between LEGO set and movie.

Regardless, the time has finally come to check out all of Stephen Strange’s post-Spider-Man: No Way Home multiversal hijinks – at least in most territories. Moviegoers in a handful of regions, including the US, Canada, Spain, Poland, India and Turkey, have one more day to wait for Doctor Strange in the Multiverse of Madness to open in theatres.

76205 Gargantos Showdown is available now, and includes three minifigures – Doctor Strange, Wong and America Chavez – but it may not be the only LEGO Marvel set we get for the movie. According to the rumour mill – and as corroborated by a recent retailer listing – 76218 Doctor Strange Sanctum Sanctorum will arrive on shelves very soon, weighing in at 2,708 pieces for €219.99.

That’s a hefty price tag and piece count that position the set as a potential follow-up to last year’s 76178 Daily Bugle, and indeed most rumours point to a modular building format for the supersized Sanctorum. It’s also said to be full of spoilery minifigures, which is probably why we haven’t seen anything of it yet. If it does exist as expected, though, a full reveal will presumably be right around the corner.

For now, check out our review of 76205 Gargantos Showdown by clicking here, and grab tickets to Doctor Strange in the Multiverse of Madness before any future LEGO sets have chance to spoil it for you.