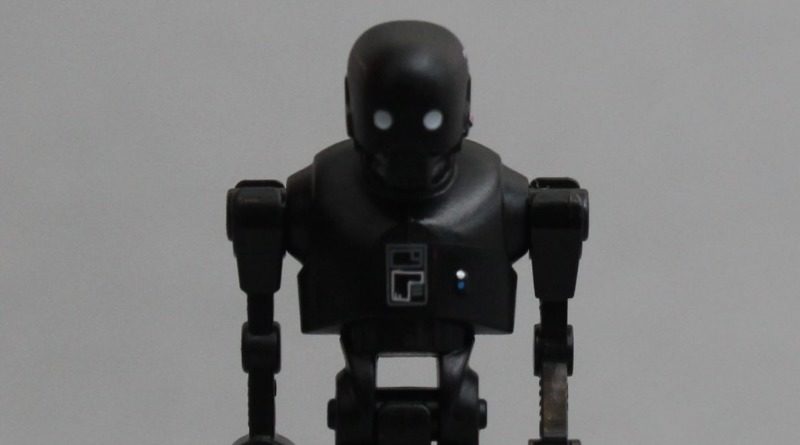 If any LEGO Star Wars sets materialise for the new Disney+ Andor series, don’t expect to see a K-2SO minifigure among them, as Alan Tudyk has confirmed he won’t be appearing in the first season.

The actor portrayed the sarcastic, reprogrammed Imperial droid in the first Star Wars spin-off movie, Rogue One: A Star Wars Story, and was present for the spin-off-of-a-spin-off Andor’s announcement at 2019’s D23 Expo. At the time, Lucasfilm president Kathleen Kennedy confirmed the show – a prequel to the movie, for obvious reasons – would focus on Diego Luna’s Cassian Andor and Tudyk’s K-2SO.

Since then, we’ve heard next to nothing about Tudyk’s involvement in the show, even while cameras have been rolling since 2020. The reason? He’s not in it after all – at least not for now. Speaking to Collider, Tudyk explained: “They’re shooting it right now, I’m not in it. But, if it stays on the air, stories keep getting told, I’ll end up in there.”

That gives a little more hope that we’ll one day see K-2SO return to screens, which Tudyk went on to confirm isn’t just a pipe dream of his, but an actual plan by series creator (and co-writer of Rogue One) Tony Gilroy. “I’m going to be in the show,” he said. “It’s just that the story that Tony [Gilroy] is telling doesn’t involve K-2SO until later on… I can’t be too specific, but I can definitely say that I’m not going to be in the first season.”

For LEGO fans, it’s essentially confirmation that if we ever do see sets based on the new Star Wars TV show, they won’t include the K-2SO minifigure that debuted in Rogue One’s wave in 2016. That character is now pretty rare, with only one currently available from a UK seller on BrickLink, for the not-insignificant sum of £19 (plus shipping).

We’ve already seen a handful of sets released for The Mandalorian – including 75299 Trouble on Tatooine and 75292 The Mandalorian Bounty Hunter Transport – so it’s not unreasonable to assume we might see sets for the entire slate of Star Wars Disney+ shows down the line. We’ll just have to wait for the second season of Andor to see K-2SO in any of them.