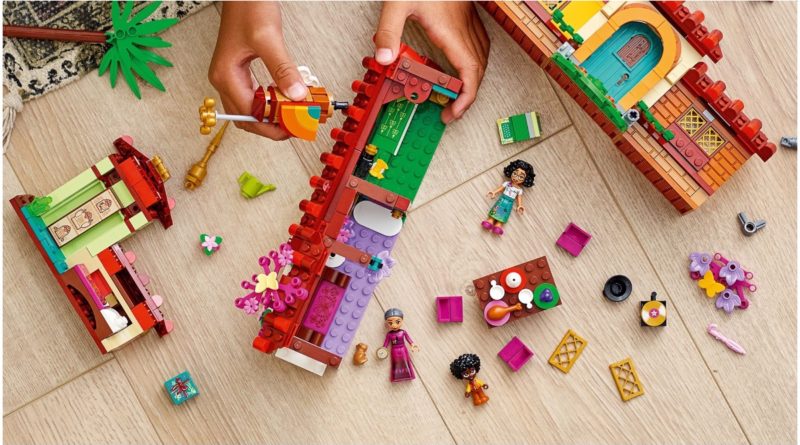 The new LEGO Encanto sets’ lack of characters is a huge missed opportunity for the Disney theme, especially since future Encanto sets are up in the air.

Encanto tells the story of the extended Madrigal family, who all live together in an enchanted house. Each member of the Madrigal family has a magical gift, apart from Mirabel – the film’s bespectacled protagonist. When the family’s home (recreated in 43202 The Madrigal House) begins to fall apart, and her family members start to lose their powers, it’s up to Mirabel to solve the mystery and set things right.

So far, so straightforward. But with a reported 12 key characters, the LEGO Encanto sets are downright miserly. 43202 The Madrigal House is the flagship set of the subtheme, but it includes just three characters – Mirabel, Antonio and the matriarch Abuela. Antonio reappears in 43200 Antonio’s Magical Door alongside a mini-Mirabel, while miniature versions of sisters Isabel and Luisa appear in 43201 Isabela’s Magical Door. However, for many Disney fans, these miniature characters are unlikely to cut the mustard.

It’s unfair to expect a complete cast of characters from any Disney set; recent films like Raya and the Last Dragon never got LEGO versions of some characters, for example. But given the apparent focus on family, a relative lack of family members here feels like a significant oversight.

To consider another perspective, the lack of minifigures has resulted in smaller price points – and that may be the deciding factor for most customers. With an RRP of £44.99 / $49.99 / 49.99€, 43202 The Madrigal House is one of the more reasonably priced sets in the Disney range. That’s likely to be appealing for parents, who might have watched in dread as LEGO Disney prices continue to trend upward.

If family ties aren’t your concern, you can buy all three of the Encanto sets now from LEGO.com. Hopefully more won’t be far behind.