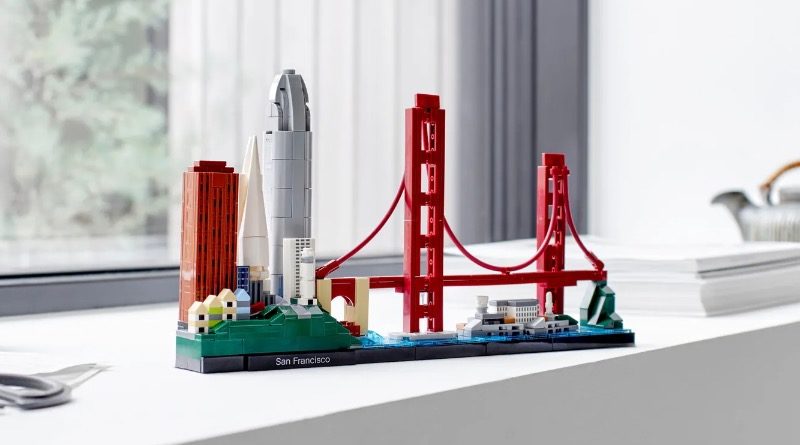 A handful of LEGO Architecture sets are due to retire in 2021, including two skylines and three landmarks.

According to Brick Fanatics’ sources, a total of five Architecture models will be departing the LEGO Group’s production lines by the end of December. Six more will then leave shelves by the end of 2022, while the final set in the current portfolio will hang around until at least the end of 2026.

Among the models we’re waving goodbye to in 2021 are four sets from 2019, and one from just last year, 21052 Dubai. Given how long the skylines usually hang around for – the also-retiring 21043 San Francisco launched in January 2019 – all signs indicate that Dubai hasn’t performed quite as strongly as the rest.

One of the Architecture theme’s most impressive landmarks to date will also be gone by the year’s end, so if there’s any one set to make a beeline for in this list, it’s 21046 Empire State Building, which tears up the LEGO rulebook in more ways than one.

The list of Architecture sets surviving into 2022 also contains a few eyebrow-raisers, but not because they’re retiring early – quite the opposite. 21028 New York City has been around since 2016, for instance, so seeing it soldier on into next year suggests it’s still selling very well (and therefore puts another nail in Dubai’s coffin).

21042 Statue of Liberty’s presence in this list also indicates it’s a stronger performer than 21046 Empire State Building, which may or may not have something to do with all that lovely sand green. (Or, you know, just because it’s a more iconic international landmark than a big tan skyscraper.)

Here are all the LEGO Architecture sets currently scheduled to retire by the end of 2022:

Finally, 21037 LEGO House – a 2017 set that’s exclusively available at its namesake in Billund – is apparently due to stay in production until at least the end of 2026, suggesting the LEGO Group has no plans to update what’s arguably already a perfect rendition of its interactive attraction.

As always, these dates aren’t set in stone, and could theoretically change in future. But for now at least, you can confidently use them to plan out your Architecture purchases for the rest of 2021.