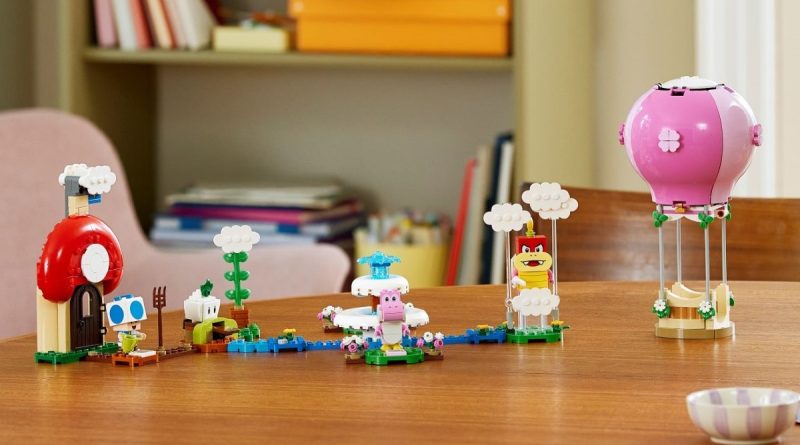 With the reveal of LEGO Super Mario’s first 2023 sets, there’s a specific expansion model for every interactive figure in the range, to an extent.

As of November 2022, there are three interactive LEGO Super Mario figures for Mario, Luigi and the most recent entry – Princess Peach. As well as their respective starter sets (71360 Adventures with Mario, 71387 Adventures with Luigi and 71403 Adventures with Peach) the trio have one or more models dedicated to them

While one of them has now been retired, here’s the LEGO Super Mario set, or more, dedicated to each of the three playable characters:

Released as one of the first LEGO Super Mario sets, 71367 Mario’s House and Yoshi is based on the design of the abode from Paper Mario and included the front of the house with an opening door and a nearby hammock for Mario to sleep in.

Princess Peach now has two sets designed for her, including the older 71408 Peach’s Castle as well as 71419 Peach’s Garden Balloon Ride coming in January 2023. As a Princess, it makes some sense that Peach has two models to enjoy, including her own colourful balloon.

Luigi doesn’t yet have a specific set dedicated to him in LEGO Super Mario, though the LEGO Luigi’s Mansion range released earlier this year was certainly heavily focused on the titular character. However, while Mario can sleep in a hammock and Peach has a castle and balloon to enjoy, Luigi seems to have drawn the short straw in solo adventures with this range having him hunt down ghosts in a haunted mansion.