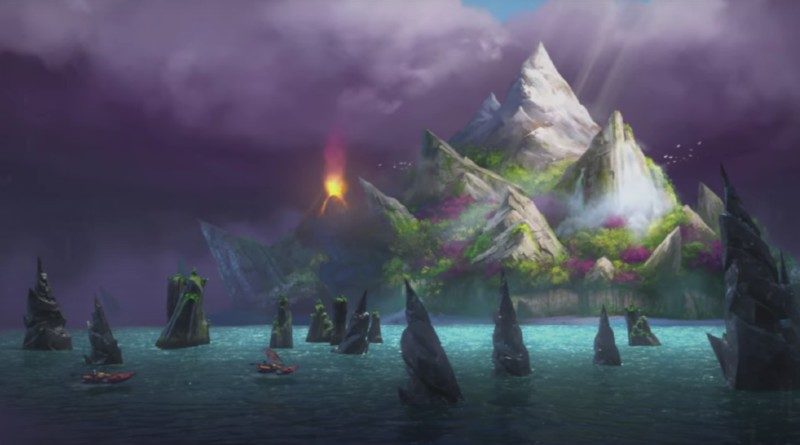 A new teaser for LEGO NINJAGO Season 14: The Island has been revealed, giving fans a look at some new footage from the upcoming adventure.

The new season, which has already had a full trailer revealed has just received its first official sneak peek on the LEGO Group’s YouTube channel, including some new clips for NINJAGO fans to enjoy.

The teaser reveals some of the action that will take place in the upcoming season, including the team swinging from vines, crossing perilous bridges and finding an SOS message on a beach. The story of this season has been revealed to revolve around the search for Master Wu, Clutch Powers and Misako after they went missing on a mission, so perhaps they were the ones who left this message.

Interestingly, the new season is referred to as Season 3 on the YouTube video, which some fans may find confusing. A simple explanation for this is that following the reboot of the animation and other aspects of the show in Season 11, the NINJAGO team are referring to this new era as if it was another version of the show, despite it following the same continuity as the past 10 years of content.

Whether you believe this to be Season 14 or Season 3, the new chapter of NINJAGO is expected to arrive soon, with past information revealing an airing date of February 13 in France. Other regions hopefully won’t have long to wait either. In the meantime, LEGO Ideas is hosting a contest to celebrate the anniversary of NINJAGO with a huge prize package on offer.