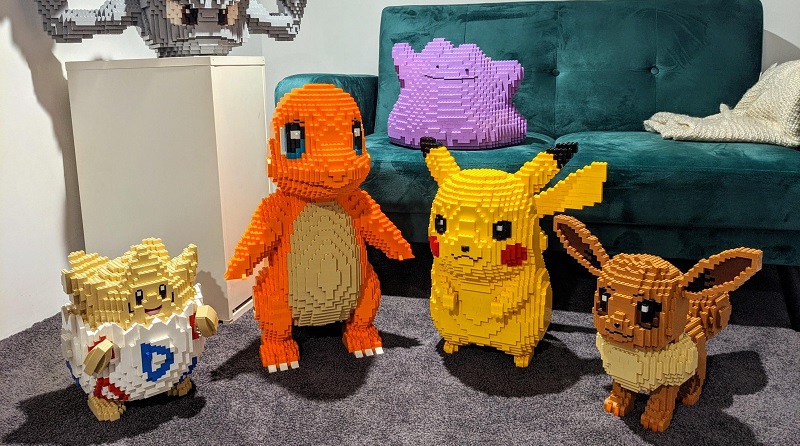 A Pokemon fan has built LEGO statues of the game’s most characters, to the delight of fellow fans online.

Redditor Ddave shared a snap of a series of LEGO statues he has put together, capturing the likenesses of some of the most beloved and iconic Pokemon characters. Pikachu, Charmander, Ditto, Eevee and Geodude are all captured in the blocky LEGO style.

Asked about the hardest of the five to build, he said: ” I think Charmander. He has both LEGO bricks and plates combined together and is also the biggest. Geodude was also difficult. None of them are easy. They each present their own challenges.”

The talented builder estimates that he spent $2,000 putting the models together and used approximately 15,000 bricks. These are not the last Pokemon characters that Ddave is putting together, revealing that he has many more in various states of construction.

Adoom98 summed up what works so well about the aesthetic: “The best thing is that it makes them look like 8-bit creatures in the real world, it’s brilliant”.

Pokemon launched in 1995 and had gone to become the second biggest selling video game series of all time. The multimedia franchise has been a constant for children over the last 25 years.