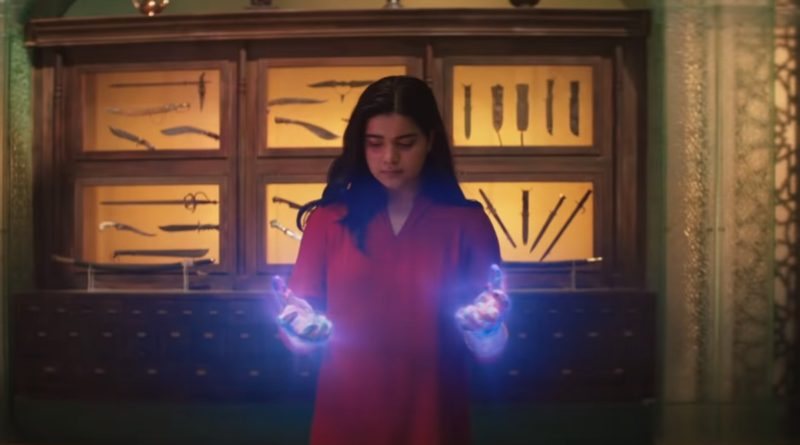 The release date, poster and full trailer for Marvel Studios’ Ms. Marvel series have been officially released, offering a look at the character’s future.

With Moon Knight set to arrive at the end of March 2022, Marvel Studios has revealed more concrete details for the Marvel Cinematic Universe Series that will follow, Ms Marvel, including a brand new trailer.

Ms. Marvel will focus on Khamala Khan, one of the more recent superheroes in the comics whose powerset looks to differ slightly in the Marvel Cinematic Universe. The general tone of the show is presented in the trailer, with a younger cast and plot that focuses on growing up and fitting in, even with superpowers.

As well as the full trailer, a poster has also been revealed as well as the release date for the first episode. Ms. Marvel will start streaming on Disney+ from June 8, just over a month after the launch of Doctor Strange in the Multiverse of Madness on May 6.

As for how this might relate to the world of LEGO, it’s no secret that the LEGO Group and Marvel Studios have an ongoing partnership with sets for new Marvel Cinematic Universe movies. The MCU streaming series have been mostly limited to Collectible Minifigures, apart from What If…?, but the Ms. Marvel show could inspire a new minifigure of the character.

The first Ms. Marvel appeared in 2017 as part of 76076 Captain America Jet Pursuit but she has recently had another iteration in 10784 Spider-Man Webquarters Hangout with a new hair piece.

No MCU Ms. Marvel minifigures have been confirmed at the time of writing, but you can still purchase the range of 71031 Marvel Studios Collectible Minifigures on the official online store now.