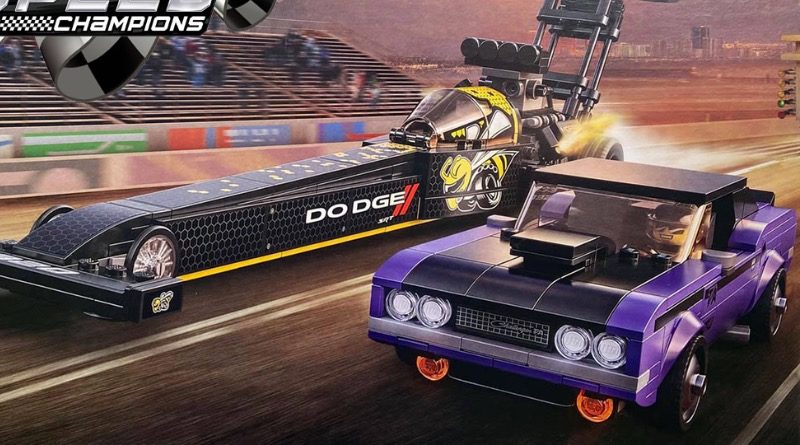 The first LEGO Speed Champions set of 2021 has shown up months ahead of schedule at a Target store in the US.

The two-pack includes a purple Dodge Challenger and a black and yellow dragster, and will apparently retail for $49.99 in the US. It’s one of just six Speed Champions sets rumoured to be on the way this summer, with five thought to be launching in June, and a sixth – based on two very new Fords – following in August.

If the street date for this set is to be believed, however, the entire wave may actually be arriving later in the summer. In a comment under his original post, Heck claimed that 76904 (we’ll spare you the full name again) will launch August 1, which means Target inadvertently sold him a copy some four months ahead of schedule.

Reddit user Samurai_Happy has corroborated that street date in a separate post, having reportedly found the same set on sale at a Target in Washington. (It’s not clear if this is the same store Heck visited.)

Heck said he also found three more new Speed Champions sets on sale, but was pretty vague on whether they were additional copies of the same two-pack, or three completely different sets from this summer’s rumoured line-up. Either way, the store’s manager pulled them from sale immediately.

We also don’t yet know if the instructions for this set contain any images of the rest of this year’s Speed Champions models, but we’re attempting to get in touch with Heck to find out. We’ll keep you posted.

In the meantime, the first batch of eight-studs-wide Speed Champions cars is still available at LEGO.com. You can support the work that Brick Fanatics does by buying yours using our affiliate links.