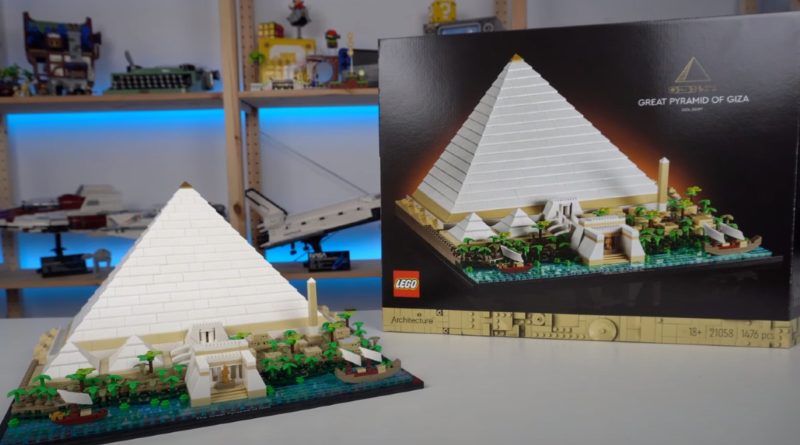 Early reviews for the new LEGO Architecture 21058 Great Pyramid of Giza have landed online, taking us behind the bricks of this ancient model.

LEGO YouTuber Tiago Catarino has taken a closer look at 21058 Great Pyramid of Giza before its release on June 1, or August 1 in the US. You might not have noticed in the official images for the model that an extra nameplate is included for the base, depicting hieroglyphics that are detailed in the instructions manual.

Turning the build around, the review also reveals that underneath each of the smaller tombs is a sarcophagus. Behind the build, Technic pins allow you to attach a second copy of 21058 Great Pyramid of Giza to form a complete pyramid.

The use of stairs to form the triangular shell of the finished pyramid is an interesting example of part usage and it makes the model easier to handle, as demonstrated in the video.

“The final build, while looking a bit bland by not having a whole lot of different colours used, wasn’t plain at all to build in the early stages of the set and the building experience was overall, really cool for most of the way.” comments Tiago.