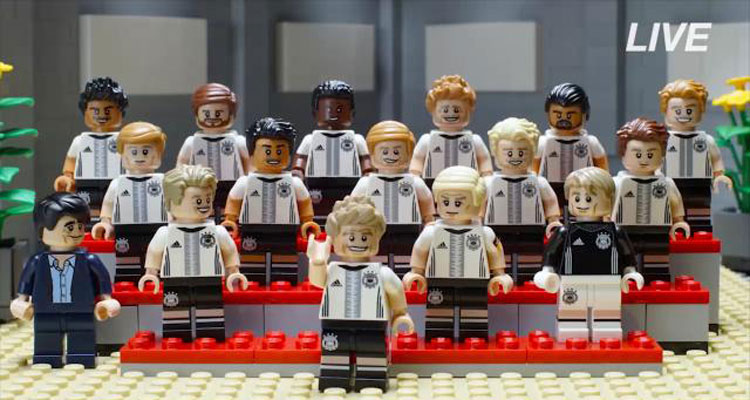 Today will see the official press conference to reveal the new exclusive German football team series dubbed 71014 “The Team”. Our German friends Promobricks have gotten an exclusive image of the series first!! The series will have 16 minifigures and will go on sale May 14th. They are saying it will be a Germany-only series but I keep hearing they will be sold across Europe for 2.99€/£2.49. Hopefully we will get this confirmed ASAP.

At 10 am the official press conference will take place but for now we have the official image + someone has identified each minifigure so you can feast your eyes on both images.

Update – here is the official video: