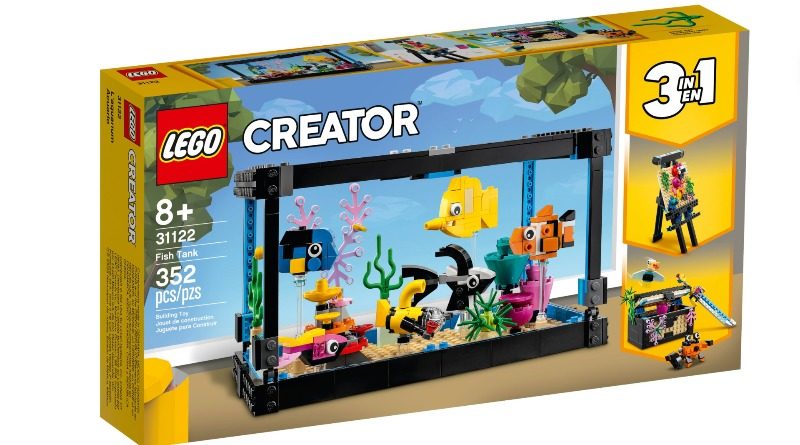 LEGO YouTuber Ashnflash (in collaboration with some helping hands from his mum) has created all three of the builds possible with this set: a fish tank, an easel, and an underwater treasure chest. Of course, you can’t have all three at the same time, unless you buy three of the sets, so you’ll have to pick your favourite option to display.

Ashnflash loves the look of the set, although acknowledges how similar the fish look to the animated creatures from Finding Nemo. He’s also considering buying some extra plates to close off the front of the fish tank to make it a proper enclosed aquarium.

“It’s a beautiful set, I love the idea of it,” the YouTuber says. “I really love all the things in the set, like the little fish builds and the stands they are on.”

The set seems to be quite customisable, with builders being able to arrange their fish as they choose in the tank and enough spare parts to get creative with the painting on display on the easel.

31122 Fish Tank is available to buy for £24.99 from June 1 in most locations, including Europe, but American LEGO fans should be aware that it’s one of the sets with a staggered release this summer, so will be available from August 1 in America.