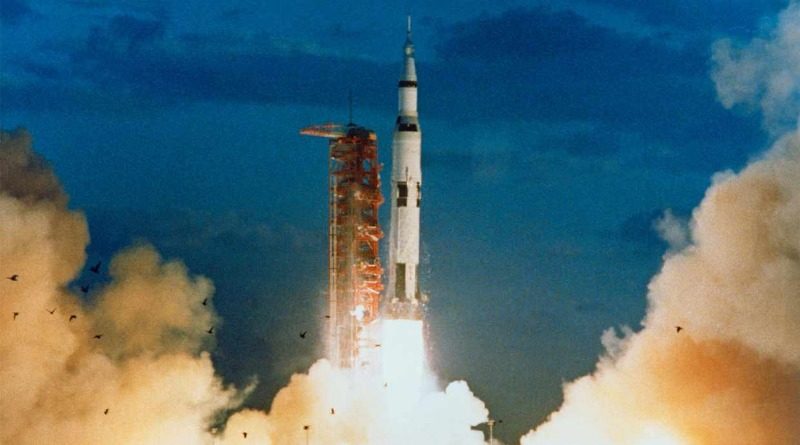 LEGO Ideas 92176 NASA Apollo Saturn V offers up an intriguing build, but it’s also based on an intriguing real-life rocket. Here’s five facts about the set’s source material that make the model even more entertaining.

Originally released in 2017 as 21309 NASA Apollo Saturn V, this iconic Ideas set is about to blast off again. It’s the same design at the same price, just with a new number and new packaging. You can read our review of the ingeniously-designed set here.

Long before it was a LEGO set, though, the real-life Saturn V was helping mankind embrace a new frontier in space travel. We all know the rocket was the first to put man on the moon in 1969 – but here are some things you might not have known about NASA’s incredible achievement in aerospace engineering.

The maths behind it is mind-blowing

Get ready for some seriously massive numbers. The Saturn V rocket stood 111 metres tall – roughly the height of a 36-storey building. Fully fuelled, it weighed some 2.8 million kilograms. That’s equivalent to around 400 elephants. And on a single tank of the Saturn V’s fuel, you could drive around the world… 800 times. Basically: this thing was big.

It took six years to design

That is: only six years passed between the rocket’s conception (on paper!), and its first unmanned flight. The craft’s development began in earnest in January 1961, led by German-born engineer Wernher von Braun. He wanted to test every part of the rocket separately – but NASA wanted to go to the moon. And that was the end of that discussion. On November 9, 1967, von Braun reluctantly tested the entire rocket. Fortunately, it passed with flying colours.

If you know your NASA history, you’ll know that the Kennedy Space Center in Orlando is home to the space agency’s Vehicle Assembly Building. What you might not know is that this building was purpose-built to house the Saturn V. While the Apollo program is long since dead, NASA has since put the location to use in its space shuttle missions, and its ongoing Space Launch System (SLS) rocket development.

It burned an insane amount of fuel

Remember what we said about the Saturn V’s fuel tank? Well, there was a reason it was so huge: it burned incredibly quickly. For the first two minutes after launch, the rocket consumed roughly 20 tonnes of fuel. To put that number into perspective, it means the Saturn V’s first stage used as much fuel in a single second as aviation pioneer Charles Lindbergh used to cross the entire Atlantic Ocean in 1928.

It had the computing power of a calculator

We don’t mean a super-modern scientific calculator, either. We’re literally talking about the processing power of a calculator from 1998, which boasted eight times the RAM of Apollo’s guidance computer. At the time, the Saturn V’s hardware was state-of-the-art. But technology has progressed so rapidly that your smartphone now has more than 100,000 times the processing capability of the rocket that put man on the moon.

There’s no tech in the LEGO rocket, of course. Except for all the incredible, ingenious LEGO engineering that’s gone into it, as you can read in our review.

92176 NASA Apollo Saturn V will launch from November 1. You can support Brick Fanatics by ordering it from LEGO.com using our affiliate links.