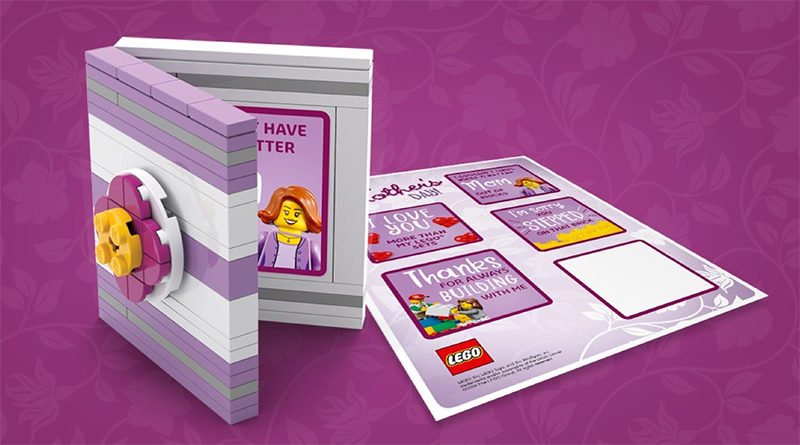 LEGO collectors in the USA can spend $40 at the official website and get LEGO 5005878 Mother’s Day Card for free.

A new deal has launched at LEGO.com in the US, offering LEGO 5005878 Mother’s Day Card free with any order totalling $40 or more.

The holiday themed set uses bricks to build a card that opens, with a selection of stickers so that fans can choose the message they would like to include. It’s an unusual concept that, if successful, could be applied to other occasions throughout the year. Some fans will be keen to give it to their mother, or their spouse, while some will be keeping it for the LEGO oddities collection.

The promotion will run until May 10, unless stock runs out before then.