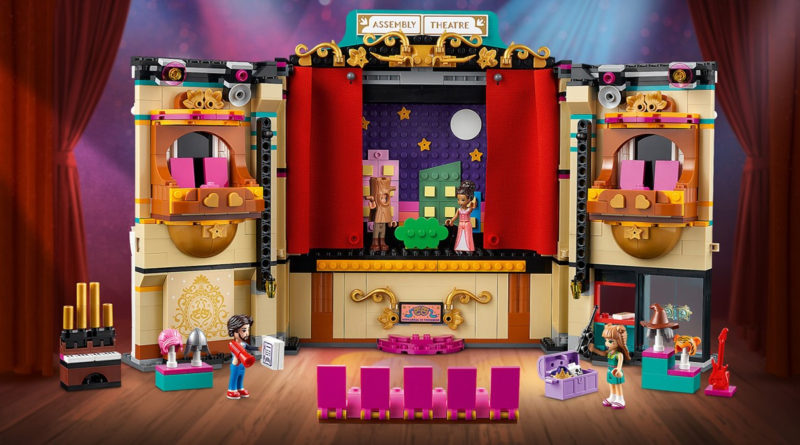 A full range of high-quality images for the LEGO Friends 41714 Andrea’s Theatre School set has revealed how it folds for storage or display.

It turns out that the set not only includes a full theatre set-up, which might be perfect for displaying The Muppets Collectible Minifigures, but also a façade to place the theatre in an existing brick-built city or street.

The details on the exterior of the building include a reference to LEGO Elves as a musical as well as a hint for a second backdrop that can be added to the stage depicting the classic yellow castle. The light blue background might also provide a suitable surface for the arches from The Muppets show.

The retailer lists the set with a price of €99.99 and a piece count of 1,154 bricks. The description also notes that the model is inspired by London’s West End, which is evident by the red postbox included on the façade.

One other notable aspect of the build is that pink elements are not quite as prominent as they have been in previous LEGO Friends sets, meaning 41714 Andrea’s Theatre School should fit in non-Friends displays with little to no changes.