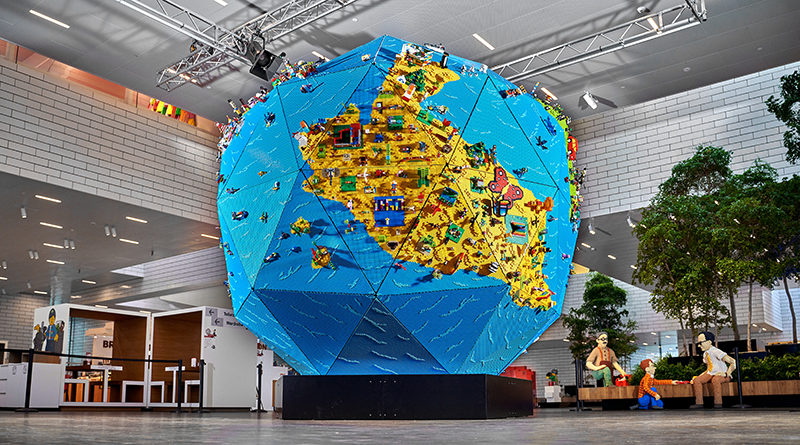 Continuing the Rebuild the World marketing campaign, the LEGO Group has invited hundreds of children to contribute to a 350,000 brick LEGO globe.

A 350,000 brick globe has been installed at LEGO House as the Rebuild the World marketing campaign, which launched last year, continues. The enormous brick built model is covered in smaller models inspired by children, showing what they imagine the future of planet Earth to be.

Here are some of the children’s builds that the LEGO Group has highlighted:

“The LEGO System in Play has long been the ultimate platform for playful expression, unlocking kids’ endless creativity and inspiring a constant cycle of building, unbuilding and rebuilding,” says LEGO Chief Marketing Officer Julia Goldin. “We are delighted about the positive impact LEGO play had on kids’ creativity and families’ wellbeing this year and we hope the world is as inspired by their lockdown creations as we are.”

“This project really emphasised the magic of LEGO play for me,” adds Libor Udržal, LEGO Model Building Specialist, who worked on the project. “It has been inspiring to recreate children’s creations and hear the diverse thought processes and influences behind each piece we’ve re-built. I’ve been a Model Builder for 20 years now and yet they’ve taught me new methods of building, their creativity knows no end!”

The globe will remain on display at LEGO House until November 6.