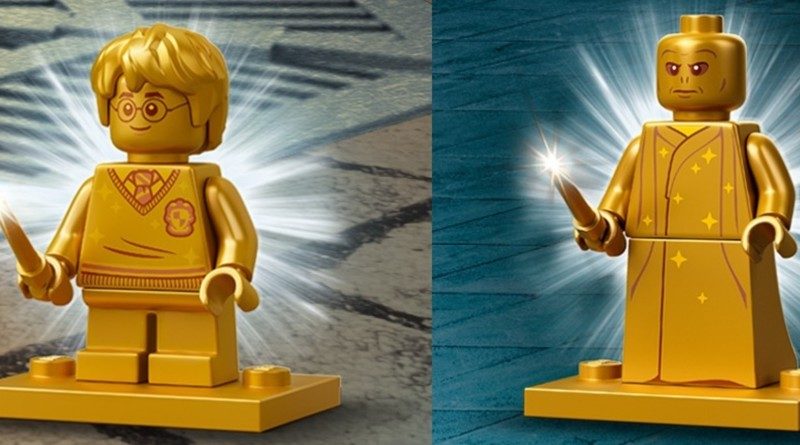 A set of golden minifigures that will feature in some upcoming anniversary Harry Potter LEGO sets have been revealed, giving us our first look at the upcoming wave.

The Wizarding World Instagram account revealed the minifigures with six in total forming the collection, but we don’t know for certain that these are the only ones in the sets, but it seems safe to assume there will be at least one for each minifigure.

The minifigures are all made up of golden bricks with additional printing to recreate their iconic outfits, as well as comical sparkles to give off a shining effect.

The characters who have been chosen for the anniversary minifigures are Harry Potter, Voldemort, Ron Weasley, Hermione Granger, Severus Snape and Quirinus Quirrell.

With the confirmation of anniversary sets, we can’t help but think back to the rumoured list that mentioned there would be models commemorating the event in Summer 2021 with golden minifigures, but nothing more is confirmed at this time, and it should still be treated as a rumour.

These will no doubt be highly collectable with fans of the Wizarding World and the backgrounds of the picture may hint at what the upcoming sets could be based around, with the scene behind Harry Potter resembling the floor surrounding the girls’ bathroom fountain. We’ll keep you updated when we learn more about the anniversary Harry Potter LEGO sets.