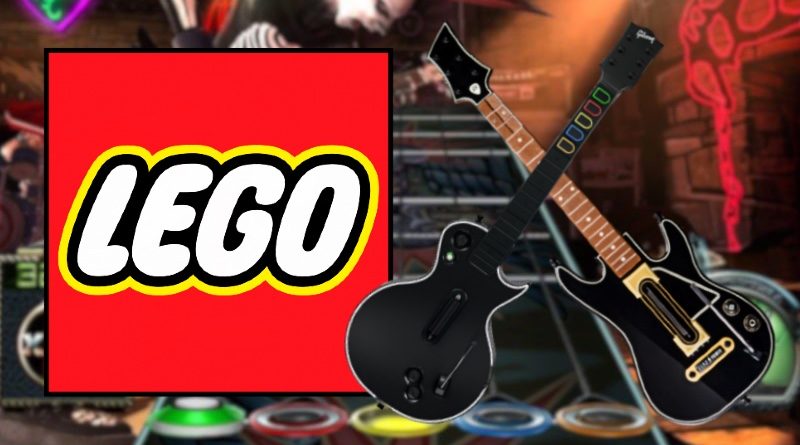 The Secret Life of LEGO Bricks author Daniel Konstanski explains how a long-lost late-‘90s LEGO theme could have changed the way we interact with LEGO bricks.

While digging into the LEGO archives to research the first officially-produced book for adult fans of LEGO, Daniel discovered a project known internally as LEGO Band Booster, which was – in essence – Guitar Hero some five years before Harmonix released actual Guitar Hero, the rhythm game that redefined the genre for a generation.

But while that 2005 game is the most obvious comparison point for LEGO Band Booster, a closer analogy for the project might actually be Rock Band, given it incorporated more than just a guitar – or even Rocksmith, because the LEGO Group’s real aim with this never-before-seen theme was to teach kids how to play music.

“It was going to be this whole big, structured thing,” says Daniel. “Their thought was, we already know how to work kids through basic building up to advanced building, so we’re going to apply those same principles and do it with music.”

The instruments worked like this: each one was built around a centralised computer unit, using huge, plastic elements not unlike the body of a Guitar Hero (or Rock Band) controller, to the point that the only real indication that they had anything to do with LEGO was the red and yellow logo slapped on the side.

Then, adding individual musical notes – represented by 1×1 plates in a corresponding program – to those instruments triggered the next level on the different skill paths LEGO Band Booster planned to offer, such as rhythm or harmony, before building up to a scenario in which the entire band played together. And in doing so, it went even further than Guitar Hero dared to a decade later.

“Guitar Hero was, ‘hit colours’,” Daniel explains. “This was actually notes, and teaching you about the structure of music. And eventually the goal – the last level, if you will – was free play, like you wrote your own music and played it.”

Today, the only evidence that LEGO Band Booster ever existed – at least as far as Daniel’s been able to find – is an internal production video outlining the original concept. He wasn’t able to share that footage with us directly, but he did describe the five instruments (guitar, drums, piano, violin, and a ‘flute’ that more closely resembled the saxophone), which apparently actually came in a little bigger than the plastic controllers Harmonix developed in 2005.

Despite the obvious time, effort and costs sunk into developing LEGO Band Booster as a prototype, not a whisper from the project has ever come to light – until now. And we only know about it thanks to The Secret Life of LEGO Bricks, which will be printed in 2022 through publisher Unbound.

That secrecy seems even more remarkable given the number of external partners that must have been involved to bring it to life. At the time, the LEGO Group was investing heavily in outsourced projects – some met with success, like MINDSTORMS, while others, like LEGO Band Booster, never saw the light of day. But to have never even heard of this huge, prototyped idea seems incredible.

“Surely at some point, something this big, with that many pieces – someone must have seen a LEGO piano or something,” Daniel agrees. “And I searched all over the internet. There’s some of those unreleased themes where we saw the prototypes. We know they were out there. But this was one that nobody knows about.

“And it’s massive. It must have taken so much time – this was the ‘90s – building some sort of computer programme like that, and tying all the instruments in and figuring out all of that stuff. And they appear to have gotten partnerships and licensing – Janet Jackson is cited multiple times and shown as being one of the songs you could learn to play!”

As anyone who also knows their LEGO history will be aware, LEGO Band Booster’s very existence – while surprising – doesn’t feel particularly out of step with where the company was heading in the late 1990s/early 2000s, which is to say towards bankruptcy by spreading its reach too far and wide.

“I don’t know the exact date, but it very much feels like it was emblematic of that time,” Daniel confirms. “It was like, let’s think big: how can we take the LEGO system, the LEGO way of thinking, and apply it to something else? Let’s break music down into building blocks and let’s help kids build their music skills.”

If LEGO Band Booster had made it to shelves, then, it could easily have been a double-edged sword. There was clearly an appetite for rhythm gaming, as Guitar Hero proved in 2005 by launching a huge, decade-spanning franchise that encompassed more than 25 titles and spin-offs, as well as inspiring rival games like Rock Band and Rocksmith.

But at the same time, it may have been so far outside the traditional LEGO pantheon that it could also have proved a step too far for the company’s primary consumer base, and could therefore have helped to push the LEGO Group even further towards financial disaster.

As is, LEGO Band Booster stayed a shelved concept even when the rhythm game genre did take off several years later.

“At that point, it would have been, oh, the LEGO Group is copying,” Daniel laughs. “But what’s crazy is it seems like they had the idea first.” Even if they did, there’s now nobody left to tell its story – except Daniel.

“One of the things I have found is that there is an incredible amount of institutional knowledge within the LEGO Group, but the older a product or idea is the fewer people there are still working there who were involved with it. For any given story it’s all about finding the right person.”

For a closer look at LEGO Band Booster – and countless more LEGO secrets – you’ll need to pre-order The Secret Life of LEGO Bricks from Unbound. But you’ve only got a couple of weeks left to do so, as the book will never be printed beyond its initial crowdfunding run, which closes on May 31. Head over to Unbound to secure your copy.