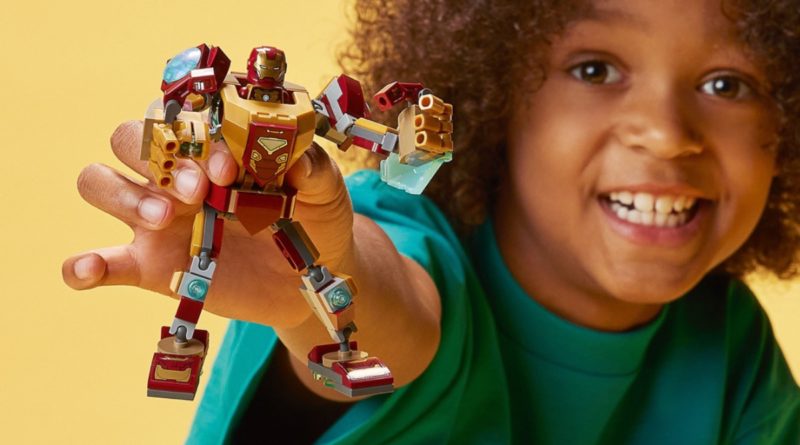 Images of 76219 Spider-Man & Green Goblin Mech Battle have revealed how the LEGO Group has fixed the delayed Marvel mechs.

A brand new element is the solution for the delayed LEGO Marvel 2022 mechs as revealed in the first images for 76219 Spider-Man & Green Goblin Mech Battle, another upcoming pack of Marvel mech models that highlight the change likely coming to the other three builds.

Late last year, it was confirmed that The LEGO Group had delayed the launch of 76202 Wolverine Mech Armor, 76203 Iron Man Mech Armor and 76204 Black Panther Mech Armor due to a stability issue. It was later discovered that the hip structure was the issue as the design wasn’t stable enough to hold the upper torso.

Now, with the latest images of 76219 Spider-Man & Green Goblin Mech Battle, the updated design for the 2022 Marvel mechs has been revealed to be a brand new element. While a closer look at the piece has not been revealed, it appears to be a 2×1 brick with a ball joint on either end, to connect to the legs.

It has not been confirmed that this design will translate to the other three sets, though it is likely considering the stability issue and another image from The Toybook featuring the two mechs with the older hip design before being updated.

Considering the monstrous decorations present on the builds in 76219 Spider-Man & Green Goblin Mech Battle, the updated structure should help in holding up the torso.