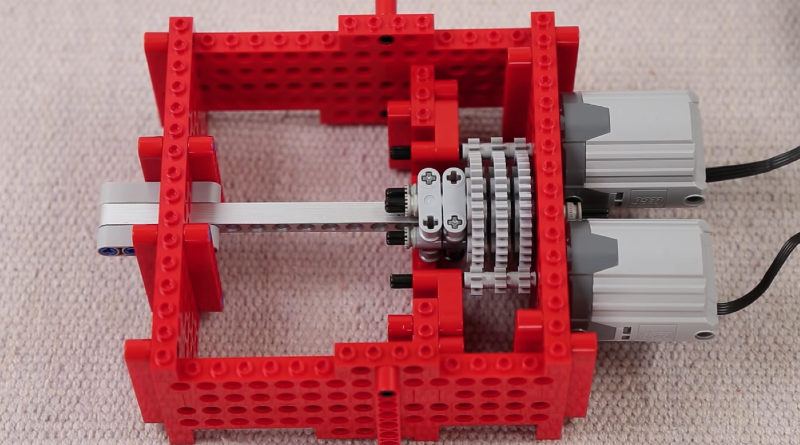 The question of which is stronger, a plastic LEGO brick or a piece of metal, has now been answered thanks to one LEGO fan.

A LEGO fan has experimented with their collection to discover just how much LEGO is needed to break a metal beam, a question that many other fans must have been asking themselves.

Brick Experiment Channel is the fan who dared to answer this question, breaking out a series of gears and motors, all to twist, mangle and eventually break a metal beam.

At first, the finland-based builder decided on a somewhat simple system with two motors spinning one larger gear with the metal beam attached, all in attempt to twist the beam, which had been moulded to the shape of a standard Technic beam.

Thankfully, this first experiment was a failure, otherwise it would have been a somewhat boring experiment. This initial attempt ended up damaging some of the smaller Technic gears, but it’s safe to assume they have at least a few replacements.

A few more attempts are tried using a wide variety of technic parts, including the huge gear featured in 42055 Bucket Wheel Excavator. Experiment after experiment is attempted but it only manages to twist the beam, at the cost of more broken bricks.

Finally, with two LEGO motors pulling either side of a crank system and the beam attached by a red Technic brick holder in the centre, the metal snaps in half. Brick Experiment Channel then reveals that thankfully, in this last attempt, the blue Technic pins inside remain unbroken.

The builder has attempted this experiment before with a steel axle rather than the aluminium beam used here, which inspired the second experiment. This proves once and for all that LEGO bricks can break metal beams and steel axles.