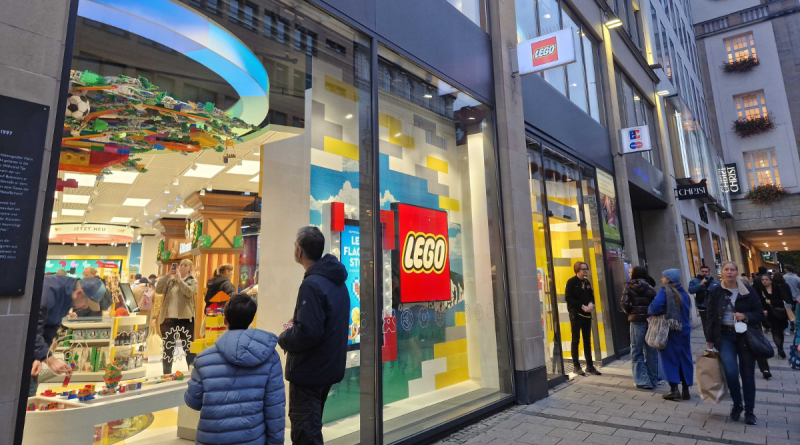 During its first weekend after opening, here’s a look inside the first LEGO Store in Munich, now the biggest one in Germany.

Open since September 29, LEGO Store Munich Zentrum is spread across two floors and features a number of attractions, including a LEGO Pick & Build Wall, the Minifigure Factory, and the Build a Minifigure Tower. Immediately within the front door, there is also a number of play benches where LEGO fans of all ages can add their own builds to the display.

LEGO Store Munich Zentrum is the 18th official retail location to open in Germany and is the biggest in the entire country. During the first few days between September 29 and October 3, visitors got a LEGO Store Set with any purchase of €120 or more. From October 4 onwards, you can then get a LEGO Delivery Truck with VIP purchases over €75.

With the new store opening during Oktoberfest, Munich’s famous annual beer festival, there are several brick-built displays dotted throughout the store to celebrate the event. From a dirndl-wearing Oktoberfest waitress to the LEGO pretzels dotting the walls, it’s hard to miss which city you’re in.

Other large figures recreate other aspects of Bavarian culture, from buildings with traditional wooden facades to a Bratwurst stand perched next to the iconic Gothic town hall. The real-life town hall is just a two-minute walk down the street from the new LEGO Store.

Located on Kaufingerstrasse 9, LEGO Store Munich Zentrum is six days a week from 10am until 8pm. In keeping with German customs, it’s closed on Sunday and public holidays.