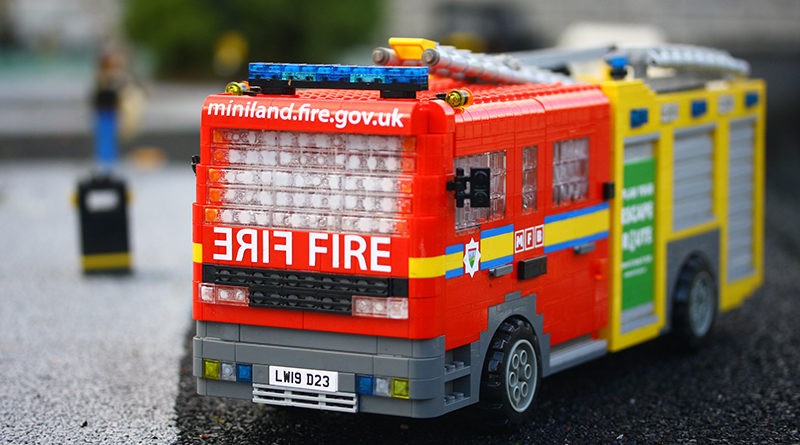 In the second episode of Inside LEGOLAND, there are ride breakdowns, attraction enhancements and models to be built

Inside LEGOLAND is a new four part series on Channel 5 that covers the behind-the-scenes goings-on at the UK’s LEGOLAND Windsor Resort. With the introductory episode having established many of the park’s teams, this one is able to get straight into seeing the various tasks that guests are never aware of at the theme park.

The documentary moves along a quite a pace, with many little stories making up the hour. Some of the nicest are those that focus on team members who visited the attraction as children and are now dedicated to giving visitors the same experience they had. Seeing the dedication of Chris from the animation team as he restores aspects of LEGOLAND Express is really heartening.

As these fly on the wall shows tend to, Inside LEGOLAND plays up the drama slightly too frequently – trying to pretend that touch-screens causing queues at the burger restaurant is hard to get invested in – but seeing how NINJAGO: The Ride gets repaired when it goes down is genuinely interesting.

It’s also sweet to see a Model Maker building a fire truck with a great level of detail, putting in extra effort as her father worked as a firefighter. Seeing the new, more detailed vehicle built, then how it is stickered and placed in Miniland reveals a bit about how that sprawling model village is maintained.

One story that falls a little flat is the VIP club, as the team members responsible stress about the food turning up, for it to turn out to be a buffet. It’s a bit awkward to watch a fairly pedestrian experience be billed as ‘VIP’.

What comes across most thoroughly in this engaging second episode is that LEGOLAND Windsor Resort succeeds as it does thanks to employees who care and insist on doing everything they can to make it a decent place to visit.

The next episode of Inside LEGOLAND airs on Sunday, August 23 at 8.00pm.