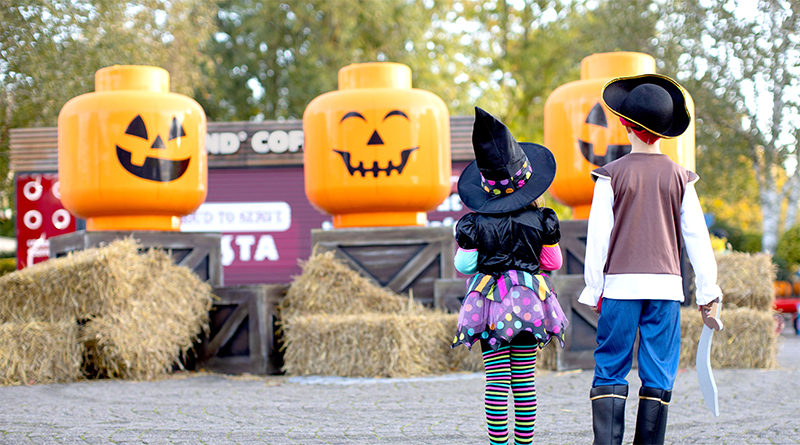 The third episode of Inside LEGOLAND benefits from focusing down a specific seasonal event at LEGOLAND Windsor Resort – Halloween. Each year, the theme park is decorated for the spooky holiday, with special shows, activities and characters for what Is dubbed ‘Brick or Treat’. By following the various teams preparing for the event, the audience gets a good taste of all that goes into putting something together at a LEGOLAND park.

By far the series’ biggest coup yet is providing a peek behind the curtain at the workshop where the giant, oversized LEGO bricks are fabricated. A team works using 3D computer models of elements to recreate them as gigantic, larger than life versions of the usual LEGO elements. Fans will be drooling as they see oversized minifigure heads and hair pieces, as they watch giant pumpkins and spiders come to fruition.

The jeopardy is played up, as is typical for this format, but seeing the work that goes into the impressive fireworks display is interesting. It requires the co-ordination of the pyrotechnics crew, the lighting team, sound engineers and dancers to ensure everything is timed to perfection, while other LEGOLAND employees must facilitate and keep guests where they need to be. It really highlights what an impressive feat it is to pull everything together.

What works so well by following the one event through is that there is a clear narrative, rather than just eclectic moments from different teams. While the previous episodes have been enjoyable, this is the most engaging so far.

The next episode of Inside LEGOLAND airs on Sunday, August 30 at 8.00pm.