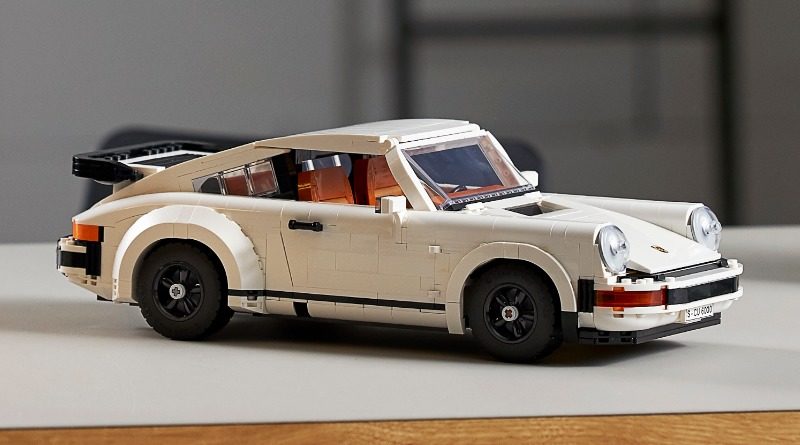 Described as bridging the gap between the 1970s and ’80s, 10295 marks the first time the theme formerly known as Creator Expert has tackled a Porsche – and it’s delivered not one, but two different variants of the German sports car.

The 1,458 pieces allow you to build either a Turbo or Targa version of the 911 (although crucially – and obviously – not both at the same time). The Turbo coupe features a fixed roof and spoiler, while the Targa convertible has a removable roof, but no spoiler. Both cars feature plush dark orange and nougat-coloured interiors, drawing inspiration from contemporary upholstery options.

10295 Porsche 911 Turbo and 911 Targa aren’t the first Porsches to appear in LEGO form, and nor are they the first time the 911 has been recreated in bricks.

Speed Champions and Technic have both tackled multiple variants of the iconic rear-engined motor over the past few years, so it was really only a matter of time before a larger System version rolled off Billund’s production lines. The only question was: which one would the LEGO Group choose?

“As we were designing the car, the hardest decision to make was whether we would make the Turbo or Targa variant of the car,” said LEGO Design Master Mike Psiaki.

“It was such a tough call that we engineered the ability to build the LEGO Porsche 911 Turbo and Targa from a single set. Without doubt, fans of the 911 all over the world who have long admired these cars will love the opportunity to build both versions!”

“We know that the Porsche 911 evokes a certain magic for customers and fans of our brand worldwide, and the latest LEGO additions to the 911 family – the LEGO Porsche 911 Turbo and 911 Targa – are no different,” added Fabian Schmölz, Exterior Designer at Porsche.

“These incarnations of our sports car icon accurately capture the unmistakeable design of the cars they are based on, and are set to bring much enjoyment to a new family of fans.”

Fans with a keen eye will note the set’s final box art makes no mention of the rumoured Vehicle Collection tag, which once seemed an inevitable rebranding in the wake of the Modular Buildings Collection, Winter Village Collection and Botanical Collection.

You can check out the full gallery of set images here, and take a look at the exclusive gift-with-purchase for early adopters here.