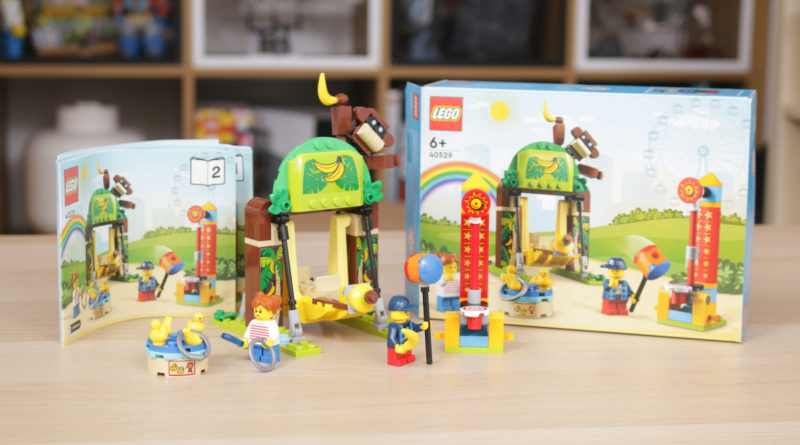 LEGO 40529 Children’s Amusement Park is back at LEGO.com in the UK and Europe, free with qualifying orders for a limited time only – and it stacks with this month’s other gift-with-purchase.

The eclectic assortment of attractions that comprises 40529 Children’s Amusement Park was originally available back in May, a month and change before the release of 10303 Loop Coaster. With a faint air of inevitability, though, the thematic freebie has returned to LEGO.com until the end of the month, so you can pair it with the latest addition to the Fairground Collection in a single order.

Buying 10303 Loop Coaster will easily qualify for 40529 Children’s Amusement Park, too, which is free with purchases of at least £90 / €90 across any and all LEGO sets. If you’re looking to really maximise your value in a single order at LEGO.com, though, you should be looking away from theme parks and towards the Wizarding World.

That’s because July’s original free gift, 40577 Hogwarts: Grand Staircase, is still available online – and stacks with 40529 Children’s Amusement Park when spending at least £130 / €130 on LEGO Harry Potter sets. 30435 Build Your Own Hogwarts Castle was also available for a brief moment last week, but has already disappeared in the UK and Europe, while it’s the only gift left in the US (where it’s free with $40 spends on Harry Potter).

You’ve got until July 31, or while stocks last, to capitalise on these gifts-with-purchase. Click through to LEGO.com to grab them while you can, and head here to check out our review of 40529 Children’s Amusement Park.