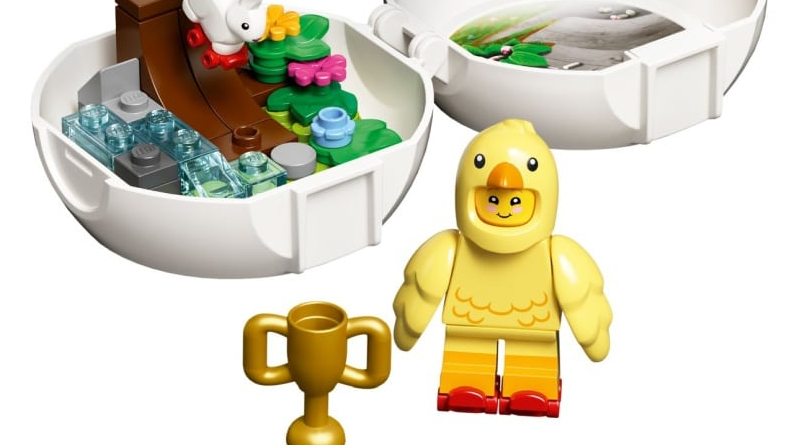 LEGO 853958 Easter Pod has popped up in official images, with PromoBricks revealing the new set. The set is shown both bagged and built, coming in the pod that many minifigure based bonus sets now do. It may be available as a gift with purchase or sold as a shop.LEGO.com exclusive item.

As well as including an exclusive chick minifigure, the set includes bricks to build a little ramp for a skateboarding bunny, a nice whimsical concept from the model’s designer.

New product images showing the upcoming Marvel: Avengers Endgame sets have also recently been published, revealing the five models that will make up the wave based on the new film.