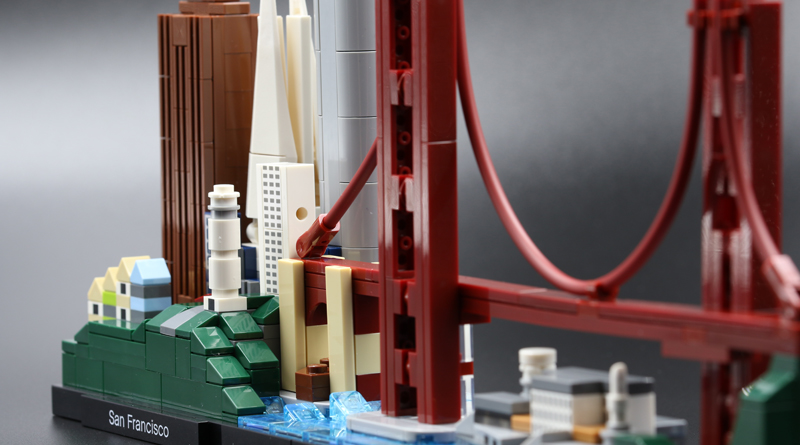 As one of the first releases in the LEGO Architecture range this year, is 21043 San Francisco – the home of the Golden Gate Bridge – a worthy addition to the Skyline selection?

San Francisco, the Golden City, has been a rich cultural hotspot ever since the California Gold Rush. Nowadays it is a tourist hot spot, with over 24 million people visiting the city a year, coming to see the eclectic architecture, unique food and see the famous sea lions of Pier 39. Can 21043 San Francisco do justice to the City by the Bay? 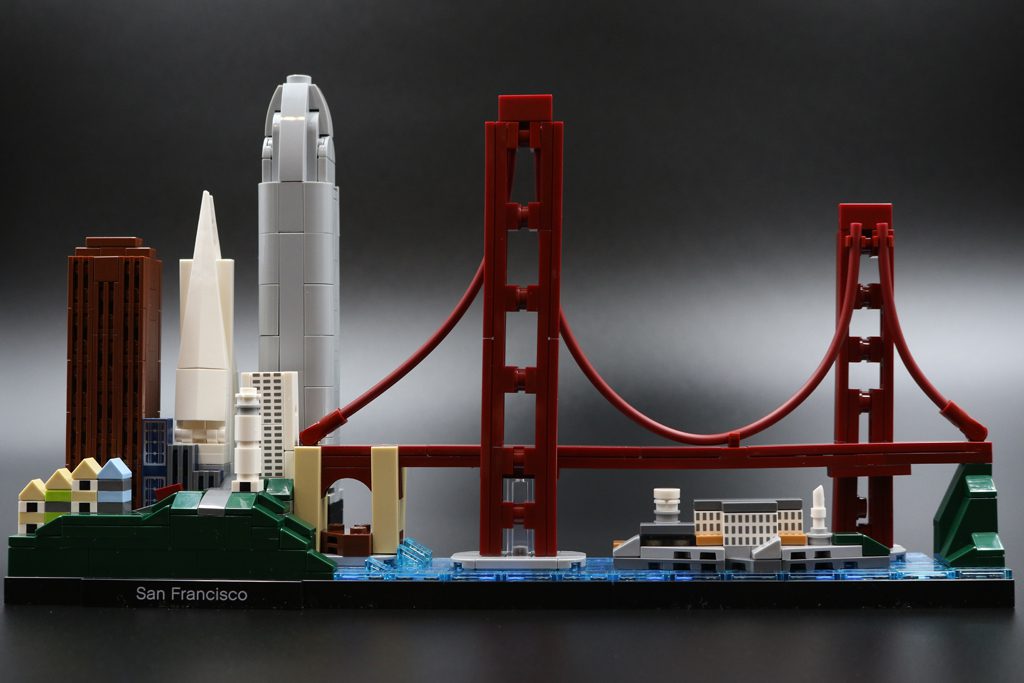 Like the entire Skyline subtheme, the base of 21043 San Francisco is a slim build but unusually it is not all in distinctive black, and two blue baseplates covered in trans-blue tiles are used to represent the water of San Francisco bay. There are also some trans-blue slopes around Fort Point to cleverly suggest the water breaking on the shore.

Out of all the skyscrapers, the Salesforce Tower is the most repetitive to build, using bricks with double-sided studs, regularly interspersed with plates, as an interior frame. This is then covered by 24 1×2 half-bow pieces that need to be correctly positioned onto the tower – which is as tedious as it sounds.

An exciting new part is introduced to re-create the spire of the Transamerica Pyramid – a 2×8 spike that is two-thirds ABS plastic, with the remainder made from flexible rubber. It is a shame that the piece was not dual-coloured to reproduce the polished aluminum crown of the skyscraper.

The simplest building to construct, 555 California Street, uses an immense 38 grille tiles to give a very effective impression of windows. Brown was a good colour choice and mimics the carnelian cladding covering the real-life building.

Tucked away into the left-hand corner of the build are the “Painted Ladies” – the Victorian and Edwardian townhouses that were brightly repainted during the 1960s. Although they are only a few studs high and quite fiddly to put together, they are instantly recognisable and add a wonderful splash of colour to the finished model. Even more impressively, the windows of the houses are printed on the 0.02mm edge of 1×1 plates – that is minuscule at the extreme.

One of the most popular tourist attractions in San Francisco is Alcatraz Island, which means translates from archaic Spanish to pelican island. The LEGO designers have successfully managed to include not only the prison but also the island’s lighthouse in a relatively small area. The newly printed 1×2 bricks will definitely have uses outside of 21043 San Francisco and it will be interesting to see where the LEGO Group may use them next.

The final part of the build is also the most exciting – the Golden Gate Bridge, which is undoubtedly one of the most iconic bridges in the world. It is also the hardest part of the build, requiring a very steady hand as the construction is extremely delicate. When you are attaching some pieces, inevitably others fall off, so it is a test of patience. Plenty of tiles and SNOT technique provides the bridge with wonderful clean lines and the use of forced perspective is a stroke of genius. The only criticism that could be levied against the bridge is the colour – the Golden Gate Bridge is classed as vermillion, and it would have looked more accurate had the designers used bright red rather than dark red bricks. 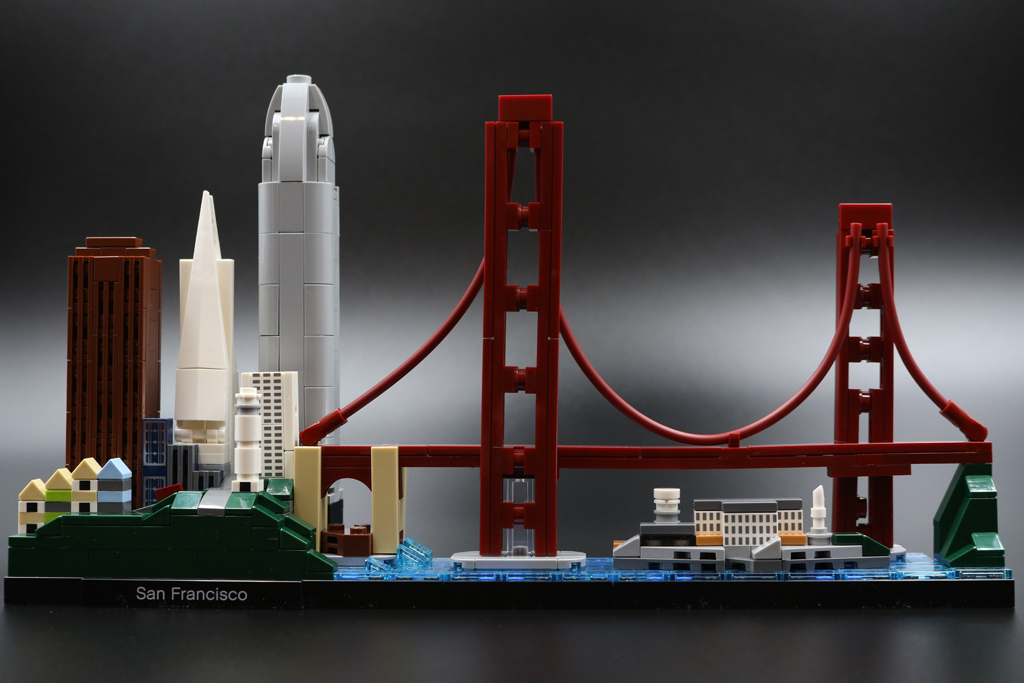 21043 San Francisco is available now at shop.LEGO.com. You can help support Brick Fanatics’ work by using our affiliate links.