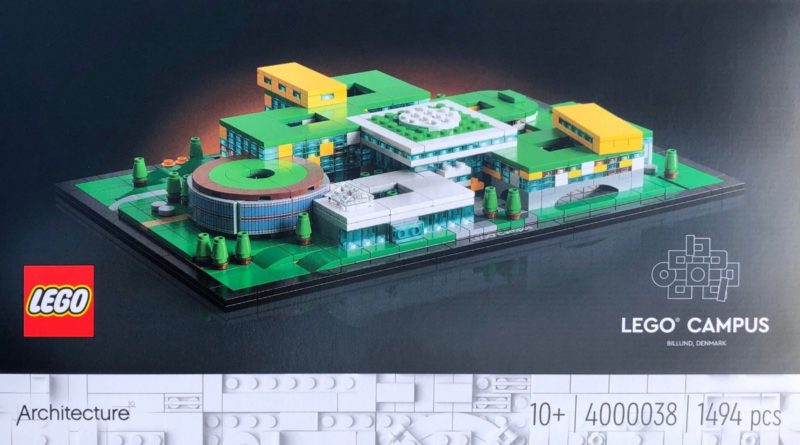 If you were hoping to get your hands on the latest Architecture set to come out of Billund – following January’s 21057 Singapore – you’ll be disappointed to learn that your only chance of doing so will be if it turns up on the aftermarket, where it’s sure to fetch a pretty penny.

Modelled on the brand new LEGO Campus in Billund, Denmark, the 1,494-piece set was revealed yesterday by LEGO designers including George Gilliatt and James May, who both received a copy to celebrate the opening of the new building.

At the time, however, there was no word on whether the set would be available to the public through regular channels, or even just by visiting the LEGO House in Billund – where other location-exclusive sets including 40502 The Brick Moulding Machine and this year’s 40503 Dagny Holm – Master Builder are available.

But fellow designer Justin Ramsden has now confirmed what’s effectively the worst-case scenario for Architecture completists: 4000038 LEGO Campus is an employee-exclusive set, so you won’t be able to buy it even if you do make the pilgrimage to LEGO HQ.

While other employee-exclusive sets like the annual holiday gift are given to every staff member, from designers to factory workers – which means they’re relatively plentiful on the aftermarket – there’s probably a good chance that this particular set will only be handed out to those working in Billund. And if that is the case, it’ll just make it even harder to find.

Of course, it’s possible that the LEGO Group may one day decide to make 4000038 LEGO Campus more widely available, even if that’s just through the LEGO House store. But for now, we’re all out of luck…