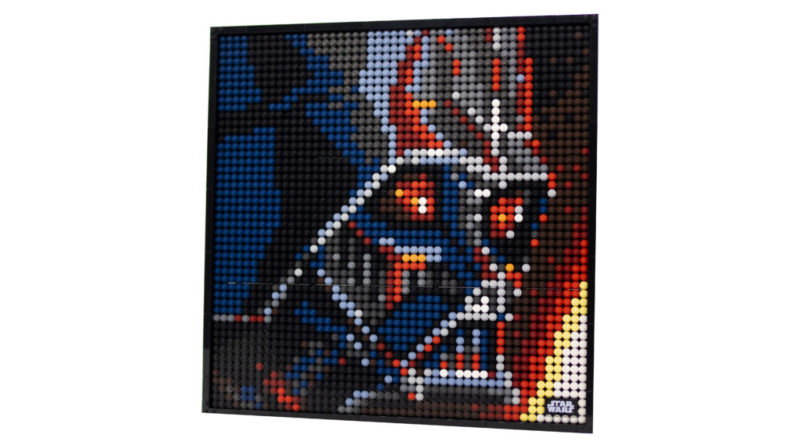 Only one portait can be built at a time, meaning fans would have to purchase three separate sets if they wanted to display all three Sith Lords (or for the pedantic, dark Force users) at once.

The 18+ range has been mixed so far, with some sets being perfectly suited for this age range both in terms of skill level and appeal, while others have felt like they’ve had the 18+ sticker slapped on as an afterthought. This new range of LEGO Art though seems like exactly what was imagined when the company announced they were branching into an adult market. Slick, stylish and very desirable.

Everything about this set feels like it’s been designed with grown ups in mind. The set comes in flat, sleek, black packaging (consistent with the 18+ branding). High quality images of the set adorn the box and inside the manual contains a little background into both the characters and the LEGO design process. It’s a nice touch but, as with most 18+ sets, it feels like there could have been more information.

The set comes with a QR code that links to a specially produced 31200 Star Wars The Sith Soundtrack, designed to be listened to as you build. It includes interviews with Doug Chiang (Executive Creative Director, Lucas Film) Iain McCaig (Concept Artist responsible for Darth Maul) Matthew Wood (Supervising Sound Editor, Skywalker Sound), LEGO Senior Designer Kitt Kossmann and LEGO Design Lead Christopher Stamp. It’s around one hour and forty minutes long, which isn’t long enough to listen to and complete the model (unless you are a very, very quick builder), however it makes for really interesting listening, giving fans insight into both the design process behind the LEGO set as well as how the iconic characters went from concept to screen. The only negative is the American style of production, with the unknown presenter telling more than the actual interviewees themselves – it’s a minor gripe but does become a little grating after a while.

31200 Star Wars The Sith also introduces some brand new parts. There are nine Technic 16×16 plates, which the studs are attached to, a printed 2×4 Star Wars tile (used to decorate the bottom right corner of each finished picture) and a brand new brick separator – a meaty, mean looking thing that looks like it could’ve been designed by Darth Vader himself.

Deciding which character to build first is a tricky coundrum in itself as only one can be built at a time with the pieces included. The set suggests building them in order of appearance in the star wars saga, Darth Maul, then Vader and finally Kylo Ren.

The build is like nothing seen before. Studs are placed onto each of the nine 16×16 panels and rather than connecting these in stages, the entire panel is shown and, similar to a colour by numbers painting, each colour of 1×1 round tile is given a number and a placement upon the panel.

It’s a very different process to what fans may be used to but it’s a very mindful experience none the less. It’s not conventionally challenging but does require a high level of concentration as it’s quite easy to lose your place. I would recommend leaving the black coloured 1×1 round plates until the end of each panel as it can get a little confusing placing black on black with no other colours for reference. Shading within each art work is cleverly achieved through the use of different tones of the same colour placed next to each other, with black and white studs used to create shadows and highlights.

Once three panels have been completed they are connected together via technic pins to form one third of the picture (naturally starting at the top and working down). This is quite a satisfying stage of the build as for the first time you slowly see the hard work come together to form the larger picture. Each panel takes around twenty minutes to complete and with nine panels to complete the total build time is around three hours.

Once all nine 16×16 plates have been completed and connected to form the finished picture, a brick built frame is attached to the outside edges. This is where the set returns to more conventional building techniques, using a combination of plates, bricks, modified bricks and tiles. The frame is bulkier than expected but gives the art work a really polished finish. Two new Technic elements are attached to the reverse of the frame, which are used to hang the art work on a wall.

Once finished, each image offers up a unique and imposing rendition of the respective Sith Lord, but unlike any other LEGO set, 31200 Star Wars The Sith is best viewed from far away. Up close it’s just a collection of different coloured round plates, but viewed from afar the art work really comes to life, looking incredibly impressive.

Darth Maul uses a palette of reds and dark reds to create his threatening, hate filled face. The shading on his face and the highlights of the lightsaber are the standout portions of his picture. The composition of the art work, with Maul staring straight out of the canvas was a great design choice as it makes for a menacing picture very much in keeping with Maul’s on screen character.

Darth Vader uses a more varied palette than Maul and as such requires a little more concentration to complete. His helmet is perfectly recreated, relying on a clever use of dark blue and black to create the darker parts of his helmet with various greys used for the highlights. The composition of the art work also creates an incredibly atmospheric look. Of the three, Vader is probably the most accomplished and instantly recognisable.

Kylo Ren is the most complex of the three to build but possibly the least attractive of the finished builds to look at. He has more of a pixel art feel compared to the other two and isn’t quite as eye catching and immediately recognisable.

Building all three is an entertaining experience, however taking the studs off each indiviual art work in order to build another is an incredibly labarious process. Each finished art work contains 2,304 individual studs, all of which need to be removed – be prepared for sore fingers.

When taking into account there are over 3,000 pieces included within the set, and comparing it to prints or paintings, the price point of £114.99 seems incredibly reasonable – even more so when considering there are three unique options to build.

If you wanted to display all three images at the same time or build the very impressive large scale Vader art work, you’d need to purchase three separate sets and that’s when things do start to get expensive. Granted all three Sith Lords displayed together or the giant 48×144 Darth Vader will look incredible on display, but if that’s too much of a stretch then fans shouldn’t skip this set – the final result from one box is still solid.

LEGO Art 31200 Star Wars The Sith is a very different experience to what most fans will be used to. Some will absolutely love the unique build, whereas some might be put off by the repetition.

For those willing to dive into this set there is a very satisfying process to enjoy, watching the Sith characters come to life just by using a collection of various coloured round plates. The images themselves (especially Maul and Vader) look incredible and make an excellent addition to any LEGO room wall or Star Wars collectors shelf, guaranteed to be an instant talking point.

31200 Star Wars The Sith is available now at at LEGO.com. You can help support Brick Fanatics’ work by using our affiliate links. 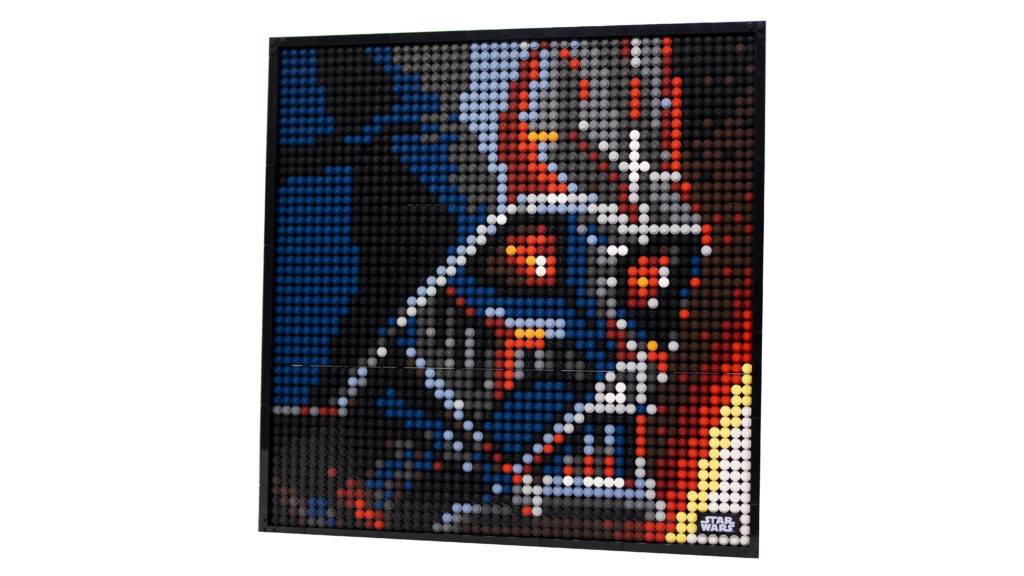