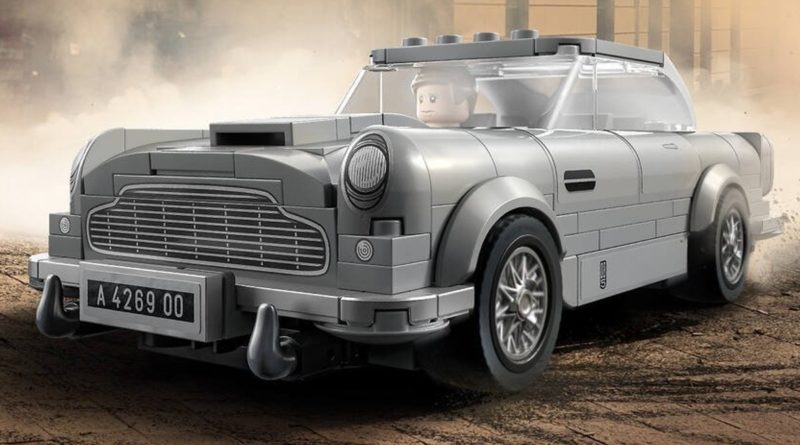 LEGO Speed Champions 76911 Aston Martin DB5 was the hardest set to design yet for one designer as revealed in a new interview.

Chris Stamp, designer of both 76911 007 Aston Martin DB5 and 76912 Fast & Furious 1970 Dodge Charger R/T can certainly be considered iconic subjects given the popularity of their respective franchises has shared what it was like to design the iconic 007 vehicle in bricks and at a smaller scale than ever before, noting that it was the most challenging yet.

“I have designed plenty of Speed Champions cars, including the Ferrari F40, Audi Quattro, Ford Bronco and Ferrari 512M, all the way back to the very first Speed Champions: Ferrari LaFerrari in 2015 but this is definitely the hardest I have ever worked on,” shared Chris to Brickset. “The vehicle is outwardly fairly basic, but the details are incredibly subtle and failing to recreate those details can spoil the whole design because the subject is so iconic.

“It was therefore necessary to introduce some new parts, most noticeably for the back windscreen. The complex compound curvature was essentially impossible to replicate with existing pieces and creating this one also provides a chance to look all the way through from front to back, which is a first for Speed Champions.”

Creating a new element isn’t as simple as making it as accurate to the source material as possible though, a fact that was mentioned by the design team behind the new Fresnel lens brick.

“As always, we made sure to develop a potentially versatile element, so this could quickly be reversed to become a front windscreen or canopy and including side windows strengthens the whole piece.”

“The second new element is used at the back, continuing to fulfil our promise that headlights and tail lights will be printed on Speed Champions cars. We did not actually create this 1×2 tile with curved ends, but the Aston Martin will mark its first appearance in a set, featuring the three distinctive tail lights.”

“The headlights are also printed on a 1×1 quarter dome, which was designed specifically for this model. That should prove very useful for other models and I hope the new 1×2 inverted slope will be useful too. We developed that element unusually late because any alternative solutions for filling the area between the headlights and the wheel arches were incredibly complicated, mainly due to the bumpers being nine modules wide and protruding by half a module to the front, left and right.”

By making these new bricks versatile, they can be used in all manner of ways in future models like how the LEGO Minecraft wolf head is used as a roof decoration in 10278 Police Station. It will be interesting how the latest elements in 76911 007 Aston Martin DB5 inspires designers in the years to come. However, it’s not always about versatility for LEGO designers – sometimes accuracy is the priority.

“Lastly, we created a wheel insert for the Aston Martin DB5, simply because the spokes and retracted tyre shredders are so recognisable with the vehicle. That is not something we can do for every Speed Champions car, but it was absolutely essential here. Also, the element looks beautiful with a metallic finish!”

“Saying all that, the most difficult challenge was actually the offset bumper. The original vehicle has a pronounced bumper at the front and rear, which interrupts the structure between the chassis and much of the bodywork. Fortunately, 2×2 slider elements gave the necessary shape and support at either end, without widening the bumper too much.”