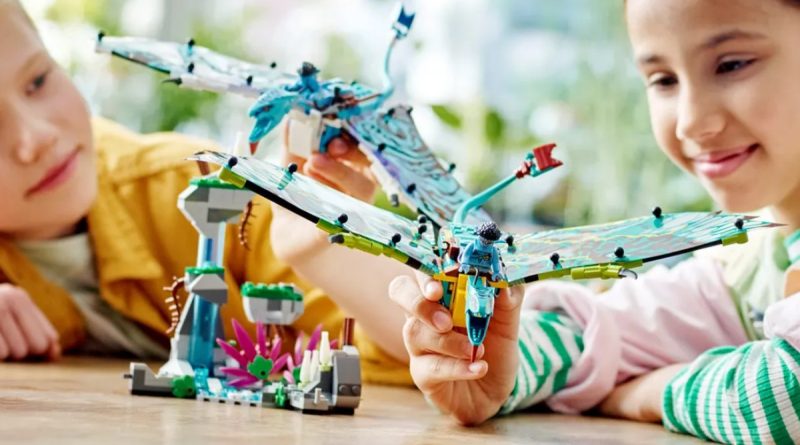 It’s the debut day for LEGO Avatar, the latest licensed theme that’s based on the highest-grossing movie of all time with a familiar kind of minifigure.

LEGO Avatar’s first wave is now available on the official online store, bringing the world of pandora to life for the first time in official LEGO models. There are four minifigure-scale models in this debut range as well as a BrickHeadz pack.

The Avatar franchise, which has a sequel due later this year, includes a variety of otherworldly animals and futuristic vehicles to translate into bricks, and these LEGO sets split the focus between them, though not quite equally.

75574 Toruk Makto & Tree of Souls is the largest of this new theme so far and includes the colourful tree as well as the huge winged Toruk Makto, the latter of which will pair well with the duo of banshees in 75572 Jake and Neytiri’s First Banshee Flight.

The colourful creations in these sets along with the natural elements that can be used to display the beasts in flight are just one of the highlights of LEGO Avatar.

The minifigures are worth mentioning too, with familiar designs for Jake, Trudy, Grace and Quaritch. However, Na’vi are much taller than humans and so are their minifigures, bringing back the concept of the long legs and arms that were once used for woody in LEGO Toy Story but a tail, a new head element and hairs that can attach to the creatures of Pandora like in the film.

Whether you want to dive into LEGO Avatar or are looking for a taste of this new theme to see what to expect, the initial wave of LEGO Avatar sets is now available on the official online store.