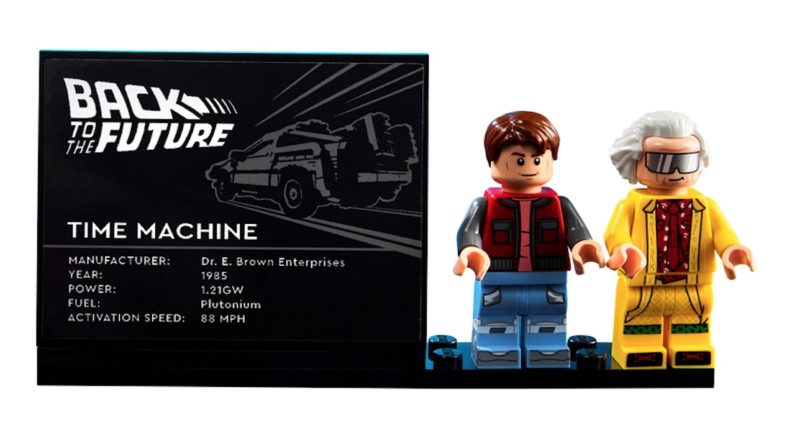 The LEGO Marty McFly minifigure included with 10300 Back to the Future Time Machine is lacking in accuracy when it comes to its sneakers.

There’s no denying the overall accuracy of both new minifigures, but there’s one detail about Marty McFly that isn’t as well represented. In Back to the Future Part II Marty swaps his 1985 sneakers for a pair of futuristic Nike Air Mags. The self-lacing light-up shoes were one item fans of the time travel franchise really wanted to get their hands on for many years. It was a wish that finally came true in 2011 when Nike released a non-self-lacing version for charity, then a full self-lacing Air Mag in 2016, both of which were highly-sought after limited editions.

The dual-moulded legs on the new Marty McFly minifigure certainly look the part, with printing on the front and sides of the legs showing the character wearing what look like Air Mags. However, a closer inspection reveals no official Nike branding (possibly an expensive licensing issue) and the front and tops of the sneakers are blue, unlike the more accurate grey printing on the side of the legs.

As with the Sonic the Hedgehog minifigure included with 21331 Sonic the Hedgehog – Green Hill Zone, the attention to detail of both character’s footwear does demonstrate the skill and accuracy of the set’s designers. While the printing on the new version of Marty McFly’s legs may not be all we could have hoped for (and could purely be due to technical limitations), it’s exactly that same level of detail that fans pick up on when they’re looking for as much accuracy as possible from highly-anticipated licensed LEGO sets.