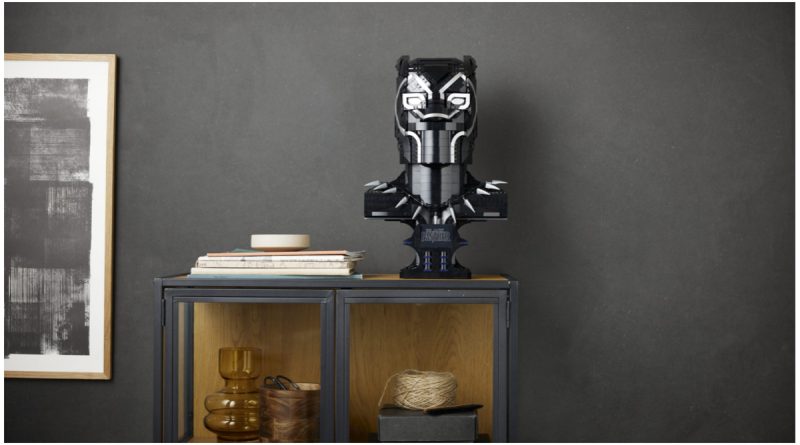 With the announcement of 76215 Black Panther, we could be seeing the beginning of a new LEGO superhero collection.

Back in 2020, the LEGO Group introduced a new range of buildable helmets. Focusing mainly on the Star Wars universe these sets were relatively affordable at around £50 – £60 each and, due to source material constraints, largely concentrated on what might be described as ‘baddies’. They were scaled so that they were big enough to be detailed but not so big that you couldn’t fit a fair few on a display shelf.

The range grew to include heroes, with 75327 Luke Skywalker (Red Five) Helmet and 76165 Iron Man Helmet (the first foray outside of Star Wars), plus a couple of designs where the moral character was… dubious. Boba Fett and the Mandalorian may have come good (well, good-ish) in the end, but they made some questionable choices along the way.

Whatever your view of them, the sets certainly appealed to those who liked a collection and there will be many fans who own all nine models. But we now have a new set, 76215 Black Panther, and this takes the helmet design and runs with it. As you can see in this video, the set is not just T’Challa’s helmet, but includes some of his neck and torso, plus his hands too, which can be included or removed as you wish.

Moreover, where the previous helmet series was scaled at around 50% of the real thing, the Wakandan hero gets a full-sized replica, with the model coming in at 46cm (h) x 52cm (w) x 29cm (d). It is substantial to say the least, and that’s reflected in the price of £299.99 / $349.99 / €349.99. It’s possible that this is a one-off to celebrate the upcoming release of Black Panther: Wakanda Forever, but could it be the herald of a new sub-theme?

There is no shortage of material in the Marvel universe – the new Black Panther film will be the 30th produced and the final entry in Phase Four of the MCU. Over that time there have been countless heroes and villains who would be ideal candidates for a similar treatment. And there’s no reason to stop there. The DC universe is rich with characters, and Star Wars is the gift that keeps on giving. Harry and Hermione maybe? And who wouldn’t want a life-size Dumbledore?

But the selling point of the Black Panther set is, potentially, also the fly in the ointment for any theoretical series. The set takes up a lot of space and costs, let’s not forget, an arm and a leg. Neither of which feature in the set (sorry). There would be few collectors who have shelves large enough and pockets deep enough to collect a series of these busts, however cool they might be.

For now we’ll have to wait and see if the LEGO Group has any more surprises up their brick-built sleeve. Better start reinforcing those shelves, just in case.