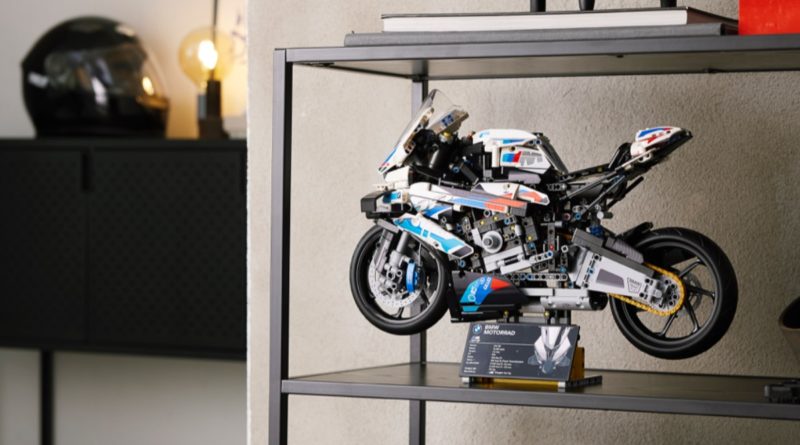 Similar display plaques first appeared in LEGO Star Wars’ Ultimate Collector Series line, and have since popped up across other LEGO themes including DC and Marvel. But this is the first time we’ve seen one in a Technic set, and given everything possible to include on such a plaque for the theme’s real-world vehicles, it honestly feels long overdue at this point.

42130 BMW M 1000 RR is a great first candidate for it, though, with the plaque also handily doubling up as a display stand for the largest LEGO Technic motorbike of all time. The 1,920-piece set actually includes two different stands: one that integrates the plaque, which the LEGO Group calls a ‘display stand’, and an alternative racing stand.

While the Ultimate Collector Series badge really only belongs to the Star Wars theme – we haven’t seen it applied to sets like 76105 The Hulkbuster: Ultron Edition, 76139 1989 Batmobile and 76240 Batmobile Tumbler – it also means this bike would sit thematically with those sets on a LEGO display shelf, bound together by their cohesive plaques.