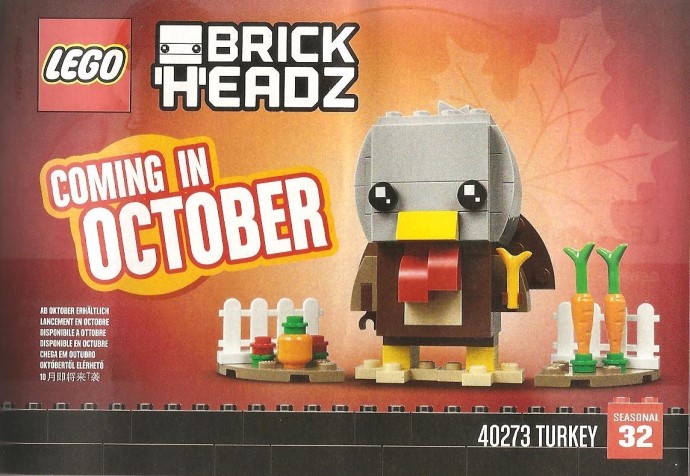 An upcoming set in the seasonal BrickHeadz range has been revealed, with 40273 Turkey revealed to be coming in time for Thanksgiving.

The LEGO database website Brickset has revealed 40273 Turkey, providing a first look at the strange looking model. As well as the turkey itself, the box contains a bit of fence to build a little hint of a farm environment.

This first look at the set has come thanks to a fan finding 40272 Witch in the LEGO Store, Copenhagen. Although that BrickHeadz had previously been revealed, fans can now see the cauldron and tree that accompany the main build. 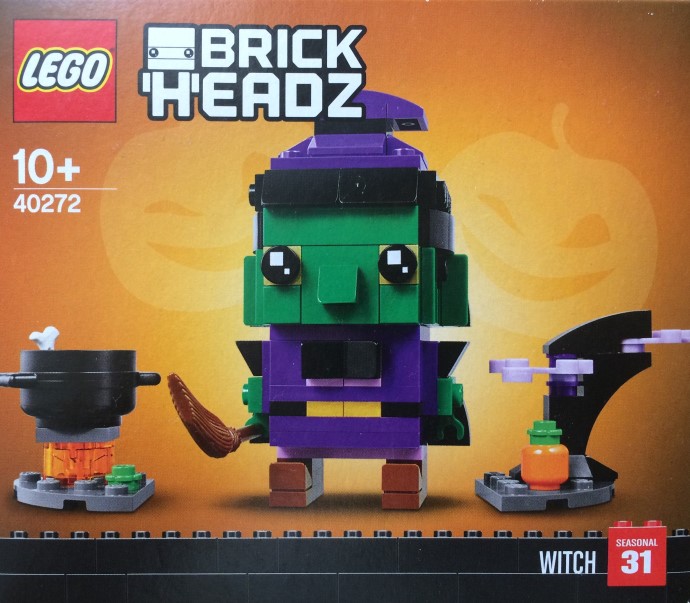 Fans were recently tantalised by an image of the unreleased LEGO BrickHeadz 40316 Geoffrey.