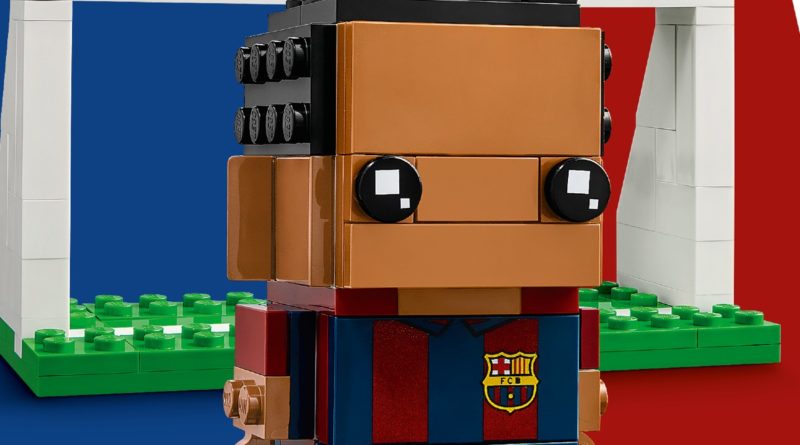 A new LEGO BrickHeadz set has been revealed, bringing back an old concept with a fresh look as 40542 FC Barcelona Go Brick Me launches soon.

Calling back to the days of 41597 Go Brick Me, this FC Barcelona version of the original set is a customisable caricature dedicated to the team, allowing you to depict yourself, a player or anyone you know in the FC Barcelona kit.

The model will launch on August 1, 2022, for $19.99 / €19.99 and that should translate to around £17.99 in the UK. It features 530 pieces to allow for a variety of hairstyles and skin colours in the recognisable uniform. For a bit of decoration, a BrickHeadz-scaled goalpost is also included.

Two sticker sheets featuring various numbers is included depending on what number you want to display on the back of the shirt are also included.

In terms of the concept, 40542 FC Barcelona Go Brick Me is very similar to the original model as you might have expected, with plenty of additional pieces to encourage personalisation. This also isn’t the first time that the LEGO Group has teamed up with FC Barcelona following 10284 Camp Nou – FC Barcelona and its GWP 40485 FC Barcelona Celebration. That makes this new build the third set for the team.