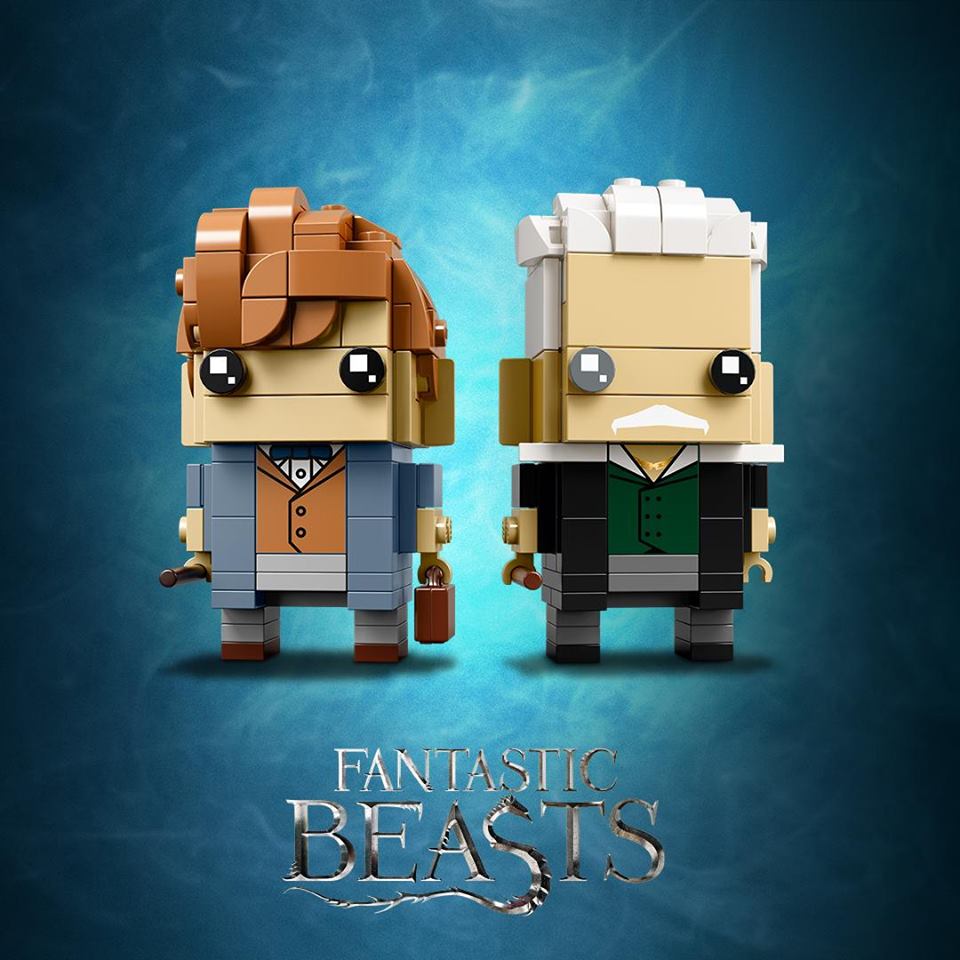 Yet another new LEGO BrickHeadz set has been revealed, expanding the Wizarding World of Harry Potter theme – 41631 Newt Scamander and Gellert Grindelwald.

The hero and villain of the upcoming movie, Fantastic Beasts: The Crimes of Grindelwald, are being brought to blocky life in a new LEGO BrickHeadz set. 41631 Newt Scamander and Gellert Grindelwald features two key characters from the Wizarding World of Harry Potter, and has been revealed by the LEGO Group on social media.

In the second film in the Fantastic Beasts series, the two characters will face one another in dramatic fashion, as Grindelwald escapes custody and Scamander is recruited to help stop him from completing his nefarious scheme. In Fantastic Beasts and Where to Find Them, Eddie Redmayne’s character managed to thwart a scheme by Johnny Depp’s character, who had been in disguise until the story’s closing moments.

As usual, the models use clever techniques to represent the on-screen look of the characters supported by printed pieces to capture key details.

Several other LEGO BrickHeadz sets based on the Potterverse are already available. 41615 Harry Potter & Hedwig, 41616 Hermione Granger and 416121 Ron Weasley & Albus Dumbledore represent the classic Potter characters from the original series of books and films.