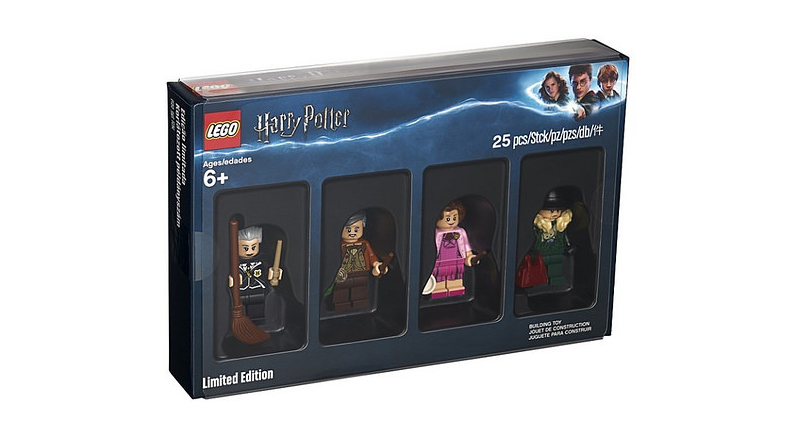 As it proves to be a contender for the messiest LEGO promotion ever, LEGO Bricktober 5005254 Harry Potter has been announced by Barnes & Noble as available for just one day.

According to promotional material shared by Brickset, LEGO Bricktober 5005254 Harry Potter will only be available on November 17, with LEGO purchases totalling $75.00 or more.

Originally, the set was due to be a Toys R Us exclusive as part of the annual Bricktober promotion. 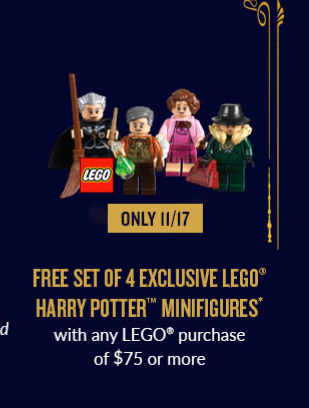 As well as the LEGO promotion, Barnes & Noble will be holding a host of Harry Potter themed activities. Every purchase of the Fantastic Beasts: The Crimes of Grindelwald screenplay available will get a free gift card, 10% off select Harry Potter merchandise and new Chocolate Wands will be on a three for $30.00 deal.

Four characters are included in this new Harry Potter set – Madam Hooch, Horace Slughorn, Dolores Umbridge and Professor Snape (Boggart). Fans who are collecting Potterverse characters in the Collectible Minifigures line and the sets will want to track this box down to complete the line-up.