Yesterday, a new wave of LEGO Bricktober sets were revealed – but with no Toys R Us in the USA or UK to offer the packs out, fans are unsure as to where they will find them. The LEGO Group cleared up the confusion on Twitter, at least for 5005254 LEGO Harry Potter minifigures, which will be a Barnes & Noble exclusive. Probably using the rationale that Harry Potter was a book first, and Barnes & Noble sell books. 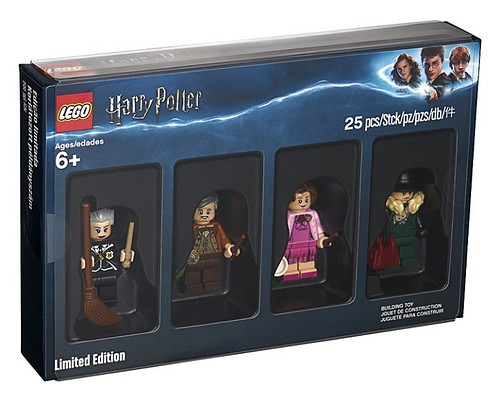 As for the rest of the sets, those based on Jurassic World, Marvel Super Heroes and NINJAGO, fans will have to wait a little longer to find out where they will be able to get them. In Germany, a Bricktober box will be free with any LEGO purchases totalling €40 or more, or will be available to purchase for €14.99. The Harry Potter set will be available from August 27 until September 2.