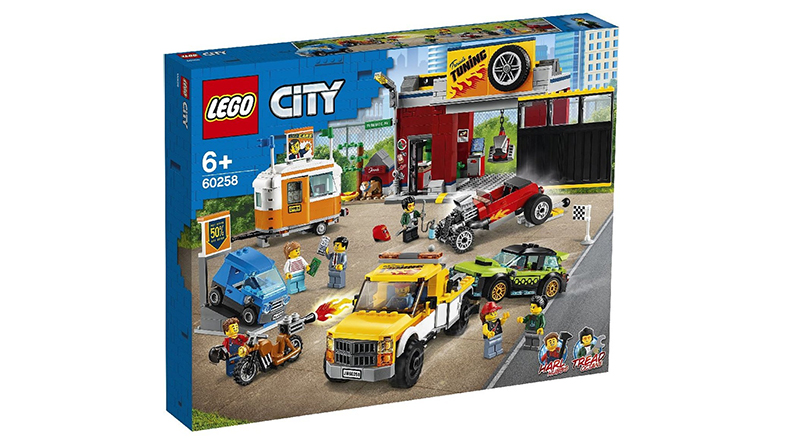 Four more LEGO City sets that will be released in January 2020 have been revealed, themed around racing and traffic.

A selection of new LEGO City sets that will be released in in January 2020 have already been revealed, with four more now popping up at Van Der Muelen as shared by PromoBricks.

60257 Service Station is a more traditional vehicle based set, offering a petrol station along with a car and camper van.

60258 Tuning Workshop includes a garage, hot rod, pick up truck, two cars and a motorcycle. A caravan that serves as the headquarters of a dodgy used car lot is also included. While back in the days of Town there were sets featuring this sort of subject matter, it is new for the LEGO City theme.