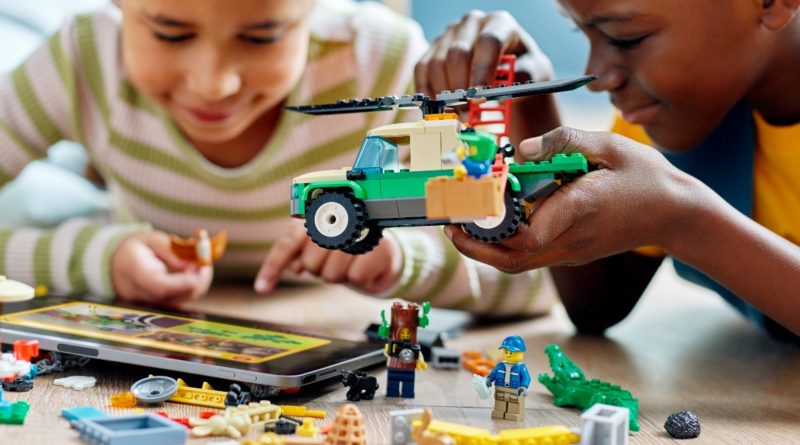 A new type of LEGO CITY set has been revealed, with interactive Missions models joining the theme within the next month for summer 2022.

Previously revealed via a retailer, the official details and context for the three LEGO CITY Missions sets have been announced. These upcoming models will include no instructions as instead an interactive story for each will guide you through the build, adding more elements depending on the next stage of the narrative.

Heres’ a quick rundown of all the information for the new builds:

“The team behind LEGO CITY Missions wanted to explore a new route to celebrate children’s imagination and let their creativity flourish during LEGO building,” commented Lillie Ann Talbott, Design Strategist, Creative Play Lab at the LEGO Group “We know from talking with children and their parents that creative confidence is key to children’s wellbeing and with this new product our aim is to help every child recognise and be proud of their unique creations.”

“We want every child to know that there is no right or wrong, and that only their imagination sets the limit to what they build,” added Mikkel Lee, Story Innovation Lead, Creative Play Lab at the LEGO Group. “With LEGO City Missions we’ve worked hard to ensure a strong balance of storytelling to get children started on their builds but also to give them open tasks to complete and allow for individual interpretation.”

The trio of LEGO CITY Missions models will launch worldwide on June 1, alongside the rest of the theme’s summer 2022 wave in the UK and Europe, or on August 1 in the US.

Those not interested in the story and interactive elements of the sets might still find a use for the builds as sources of interesting elements and minifigures, such as the baby crocodile in 60353 Wild Animal Rescue Missions.